What can we learn during sleep? 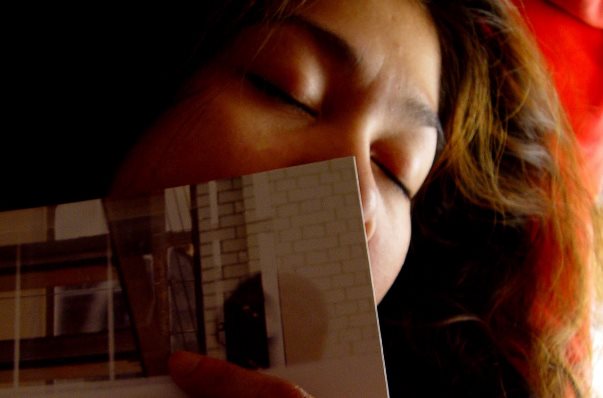 When I go to bed tonight, put the book under the pillow. Waking up tomorrow morning, you will be able to recall everything written in it.

Remember this advice from his student days? Unfortunately, it doesn’t work, if you want to learn something new.

But we should not lose hope. It turns out that actually there are things that you can learn, or at least to improve their understanding, while sleeping.

Most of them depends on one sound. Here are some skills that you can improve in your sleep.

In the new experiment, the scientists for whom German was their native language, began to study Dutch, starting with basic vocabulary. Then they went to sleep.

Unbeknownst to the participants, while they slept, played some basic words for the same group. The control group was not exposed to such effects. Later, when scientists had to take tests on these words, a group that listened to them at night, were better able to identify and translate them.

To ensure that the findings were bound to sleep (and were not the result of the fact that this group additionally listened to of the word), participants in another group was listening to their record at the time as they were busy with something else while awake, for example walking.

The results showed that they could not remember new words as well as those people who slept while listening.

In another experiment, the researchers taught a group of people to play melodies on the guitar using the technique from the video game Guitar Hero. Then all the volunteers went to bed. After awakening all asked to play again.

Unbeknownst to the sleeping participants of one group were played the same melody they had just learned. The other group was a control. The volunteers who lost the sound while they slept, even if they don’t have any recollection of it, played the melody far better than those who have not heard it during sleep.

Where you left something

In the 2013 study, scientists asked 60 people to use the computer to move the virtual object in a certain place on the screen. At this time, they lost a certain melody. Was then conducted two experiments, during which the participants had to sleep.

During the first experiment they slept, as usual, without playing any sounds. During the second tune that was played when they placed an object to be played again, although none of the participants could not remember that he had heard her.

Not surprisingly, after sleep, people’s memories faded. But their memories were lost less when they heard – even unconsciously – the tune that was playing when they placed the object. Interestingly, their memories were sharper when the participants were further told that the virtual object is important.

How to protect special memories

Scientists believe that our brain uses a special marking system to separate critical from less desired memories. The first goes directly into our long term memory, while less important, replaced by a new one.

But scientists believe that there is a way to hack the system in our favor. In a recent study they found that people who listened to associated with memory – even irrelevant – sound could be a lot better to keep him. First, they worked with a group of volunteers who had to put icons on a computer screen in a certain place.

The computer was programmed to play a specific sound when moved around each object. When placing an icon of a cat, for example, a sound played meowing and placing the bell icon was accompanied by a sonorous sound.

Then the researchers allowed participants to sleep. While one group slept, the scientists lost the sounds of some of the icons. The other group heard nothing.

The people who heard any of the sounds, were better able to remember all the objects. Even a single sound helped to trigger a few memories.

What happens while we sleep, and whether it is good for our brain?

The activity of the brain slows during the night, but some of us spend more time in a special phase, called slow sleep than others.

Scientists believe that REM sleep is the phase during which a portion of our short-term memories are moved to long-term storage in our prefrontal cortex.

In some experiments, in which researchers were able to examine brain wave activity of sleeping volunteers, they noticed that those who were exposed to sound at night (whether it’s a German word that was played during the first survey, or the guitar melody in the second experiment) also had a longer phase of slow wave sleep.

In other words, perhaps the more slow wave sleep we get, the better, first and foremost, for learning new skills and preserving important memories.