What clothes should I wear to avoid polluting the ocean? 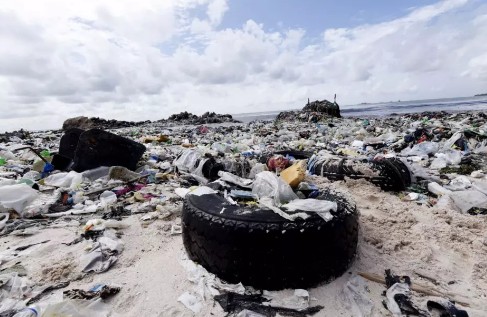 The next time you buy clothing made of synthetic fabric or a polyester suit, you should think about and choose clothes made from natural materials such as cotton or wool to help the ocean.

This is what nature advocates call for, in their study, come to the alarming conclusion that in the seas and oceans every year, 1.5 million tons of fine plastic particles of acrylic, spandex and other synthetic fabrics, as well as remaining on the road car tire particles .

Larger and more noticeable plastic debris is more likely to attract attention, since the harm from it is obvious.

Meanwhile, a study by the International Union for Conservation of Nature (IUCN) shows that 30 percent of the 9.5 million tons of plastic that fall annually into the oceans are small plastic particles. This can lead to the death of thousands of sea creatures, dying as a result of chemical poisoning, because they suck these particles together with water.

However, at the moment the main source of the threat to the ocean has become a synthetic fiber, millions of microparticles of which enter the water during washing or remain on the road in the form of traces of automobile tires.

IGN representative Inger Andersen says: “The research has opened people’s eyes to the fact that there is much more plastic debris in the ocean than it seems at first glance.”

She continues: “Everyday activities of people like washing or driving a car make a significant contribution to the pollution of the oceans. In the future, they can have a disastrous effect on the diversity of marine organisms and human health. ”

According to the IUCN expert on marine projects João de Sousa, the study shows how it is important for both consumers and manufacturers to change their habits in order to reduce the release of plastic and save the ocean. He says that manufacturers could create a fabric for clothes that would not be dropped from plastic particles, and buyers could replenish their wardrobe with items made from natural rather than synthetic fabric. Natural materials include cotton, wool, flax and silk.

Activists note that manufacturers of washing machines could help protect the oceans by installing special filters on their machinery that retain plastic microparticles.