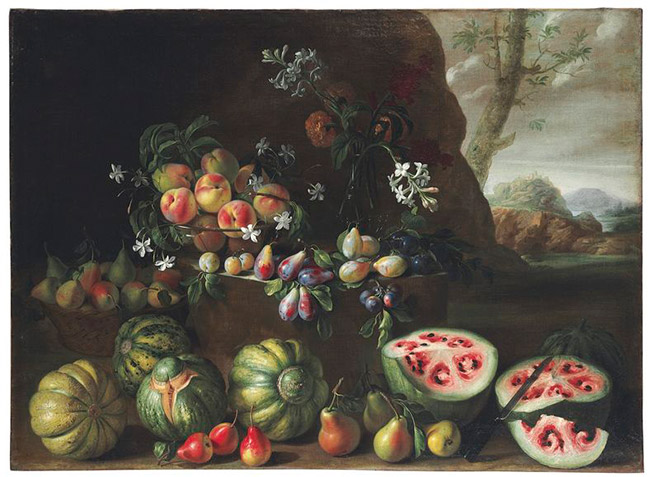 What did watermelons look like a few centuries ago? This will tell … painting! In some pictures of the past, these delicious berries are depicted photorealistically.

For example, in the picture of the Italian artist Giovanni Stanci, written between 1645 and 1672, you can see a watermelon, which will cause considerable surprise to modern man. It is pale, “wiry” and has much more bones than juicy flesh.

Professor James Niinhuis from the Faculty of Agriculture of the University of Wisconsin (USA) uses this picture in his classes to show students how selection changes different crops.

Vintage watermelons, judging by the appearance of the sample presented in Stanchi’s painting, were probably tasty, despite their fading. As a result of selection, the pulp of the watermelon was saturated with lycopene, therefore it became more red. In addition, over the centuries, the bones in the watermelon became smaller, and the percentage of especially tasty pulp was significantly increased.

Homeland watermelons – Africa. After the cultivation of these melons well acclimatized in the hot climate of the Middle East. Around 1600, they most likely spread throughout Europe, so that in the photo we see still quite an exotic food for the region.