What do dogs feel? 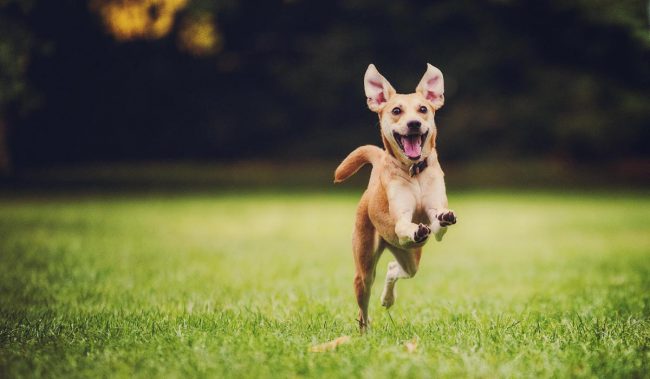 If you live with a dog, you probably know when it’s fun or sad, is not it? Of course you do. Even the scientific community recognizes that dogs have emotions – although scientists can not directly know what dogs are going through. People have maintained close ties with dogs for centuries. In 1764 Voltaire remarked: “It seems that nature has given the dog to man for his protection and for his pleasure. Of all the animals she is the most faithful: this is the best friend that a person can have. ”

Studies again and again showed the positive influence of the dog in life. A study of 975 dog owners showed that during periods of emotional distress, most people are more likely to turn to their dogs than their moms, dads, brothers, best friends or children.

The dog is the man’s best friend. And a man to a dog is a friend?

It is not surprising that dogs are more often used for treatment than other animals. Our barking friends are increasingly becoming participants in various mental health programs – offering communication, happy associations and selfless love.

In the UK, in the “Pets As Therapy (PAT)” program, there are more than 5,000 active dogs that meet 130,000 people a week. In the US, too, there is a similar program that recognizes six national organizations engaged in improving meetings with dogs.

Dogs are being treated

It is believed that the therapy with the participation of dogs was invented for the first time by chance by Sigmund Freud. During his psychotherapy sessions in the 1930s, his office was chow-chow Jofi. Freud noticed that the patients felt more relaxed and were more open in the presence of Jofi, and he took it into service.

But the official beginning of therapy with the help of animals is usually attributed to the times of World War II, when a Yorkshire terrier named Smoky accompanied Corporal William Linn when visiting service hospitals in New Guinea. The presence of the dog raised the spirit of the wounded soldiers.

Despite all this, it was not until the 1960s that the first documented cases of dogs working as medical assistants appeared. American psychotherapist Boris Levinson took a dog Jingle with him and added “a new dimension of child psychotherapy.” Despite the indignation of colleagues, Levinson defended the use of dogs for therapeutic purposes.

Although dogs certainly understand us well, we do not always understand them. A classic example is when a small “incident” occurs in the house, and dog owners think that their pets feel guilty. But the dog thus expresses a purely subordination and, as it were, wants to say “do not hurt me.”

It is very difficult for a person to convince himself that the dog’s brain does not understand the concepts of “good” and “bad” – and without this understanding it is impossible to feel guilt. A dog that looks guilty, just afraid of your reaction to the situation, based solely on past experience.

Part of the main difficulties that persist between dogs and their owners is caused by the inability of people to correctly read the body language of their pet. Combine this with the fact that people believe that dogs understand abstract concepts and can reason over complex logical chains, and the problem is obvious.

Another way to understand what animals feel is to look at their hormonal environment. Studies have shown that when dogs are stroked by their owners, they have a higher level of oxytocin. Among other functions, this hormone is believed to help relax. This helps to strengthen the bond between mother and child – and between the pet and its owner.

Therefore, although we can not know exactly how the dog feels during pleasant classes, it seems reasonable that oxytocin causes sensations in dogs that are similar to humans – and this shows that dogs feel affection and attraction to their masters.

Similarly, dogs that are in uncomfortable circumstances exhibit an elevated level of the stress hormone cortisol. One of the situations that cause this reaction of stress, this long loneliness. Dogs are animals with a herd instinct that need a company. A lonely dog ​​is rarely fun – and that should be borne in mind by all dog owners planning their lives.

Everything indicates that dogs and people are created in order to live and work together – and both parts of this equation will be happy. Therefore, understanding the emotional state of each of them is vitally important. Even if dogs and people do not understand each other clearly, it seems obvious that each of these species can not be without the other, which means that we must help each other be happier and healthier.