What do people see before death 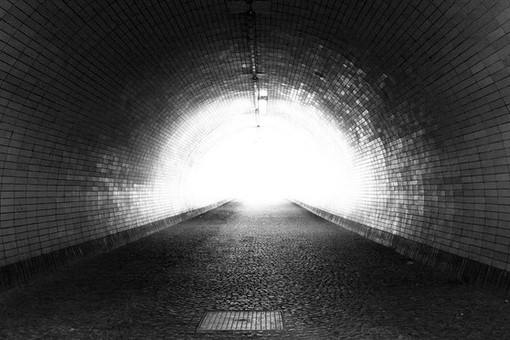 The overwhelming majority of the “dying” respondents distorted their perception of time, more than two-thirds of the senses greatly exacerbated their feelings and their mental activity increased. A number of people interviewed who were confronted with the “breath of death” told scientists about “angelic singing” and “light at the end of the tunnel.”

About 10% of people admitted that they experienced near-death states and sensations. This is reported by a research team from scientific institutions in Germany, Denmark and Norway.

More than 1 thousand people from 35 countries of the world became participants of the poll. About the near-death experience reported 289 people.
Among the “dying” about 87% of the distorted perceived time, and more than 50% reported “leaving their own body.” About two thirds of one tenth of the respondents reported an increase in the speed of thinking and a strong exacerbation of feelings. There are also reports of auditory hallucinations and “a demon sitting on their chest [during sleep paralysis].”

A number of respondents noted that they felt an alien presence at bedtime and “saw the light at the end of the tunnel.” In addition, “angel singing” and “incredible peace” are popular.

Scientists note that near-death experience is common both to people who are confronted with a real danger – a recent car accident surviving, and those who are not in immediate danger.

According to him, the presence of such experience among people testifies in favor of the theory that a person does not disappear, ending his earthly journey.

“[This] confirms what every priest is talking about all the time – this life is not the main one, it is not the last. This life is only an entrance exam for a different, better life. And to prepare for it is possible only in one way – to join the true faith, but it is only one, and to do good deeds that are inseparable from the true faith, ”Chaplin emphasized.

The priest of the Russian Orthodox Church reported that he received communion and confessed the dying. Chaplin noted that sometimes unconscious people, in response to a “formal” request for repentance, opened their eyes and said “with words or signs” that they were asking God for forgiveness.

“Recall that the prudent brigand who was crucified next to Christ on the cross repented and turned into the true faith, the faith of Christ, at the last moment of his life, being on the verge of death,” added the archpriest.

A week earlier, an American woman, Tina Hines, from Phoenix, Arizona, who died for 27 minutes, spoke about that volume. The woman had a heart attack, but her heart stopped on the way to the hospital – she was dead for almost half an hour.

After regaining consciousness, Hines asked the doctors for a pen and a notebook. She wrote that “it is true,” meaning life in heaven.

According to her, in the “other world” everything was “for real”, and the colors were “very bright”. In addition, the American woman suggested that she saw a “figure resembling Jesus” in front of “black gates with a golden light pouring out of them”.

Despite frequent reports of afterlife experiences during clinical deaths, the question of “life after death” raises serious controversy among scholars, although the overall attitude to these statements remains very skeptical.

In April, a group of astrophysicists from the California Polytechnic Institute announced that quantum tests could confirm the existence of afterlife. According to the scientist Sean Carroll, these experiments would allow “to discover unconditionally some particles of the spirit.”

The report of the specialists states that such studies have already been carried out, and the scientists didn’t remove the “spirit share” – therefore, there is no life after death. Carroll added that the group of scientists refers to the theory of a quantum field about the presence of an individual field for all particles.

According to physicists, life after death can exist only when the human consciousness is separated from the physical body. However, the human brain consists of atoms that are not able to store information from the brain after death. Carroll also urged people to stop believing in an afterlife.