What do the strange lines mean on the Antarctic ice? 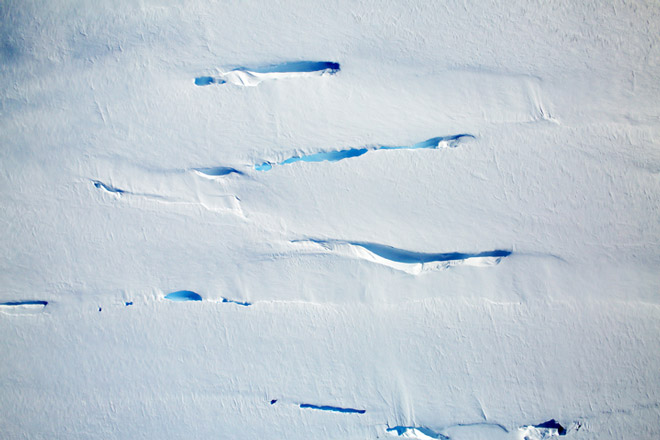 If you find yourself on the Antarctic Peninsula, you will see a frozen mass of ice. Depending on the location, you will be able to see different ice textures and, possibly, crevasses. If you look at the landscape from the air, it becomes clear that these faults have striking differences.

On November 3, 2017, NASA’s team accompanied a P3 research aircraft over the southern part of the Antarctic Peninsula during a mission for the Operation IceBridge mission. The mission took place as part of the ninth year of annual flights over Antarctica, which are conducted to map out snow and ice. The photos were taken by a digital mapping system – a downward-facing camera that makes thousands of photos in high resolution for one flight. 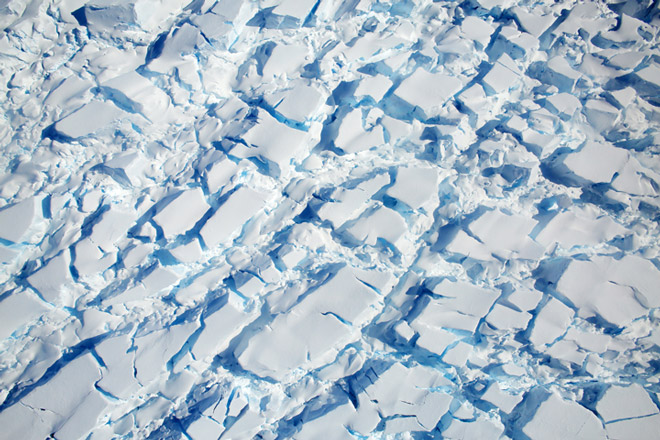 The reason for the “fragility” of the peninsula is similar to the process that forms river rapids, which increase when the water flows along a steep and narrow section of the soil. When ice flows through narrow canyons and down a steep surface, more faults open. Glacier languages ​​are much slower than water, and ice breaks are often the only visible sign of their movement. 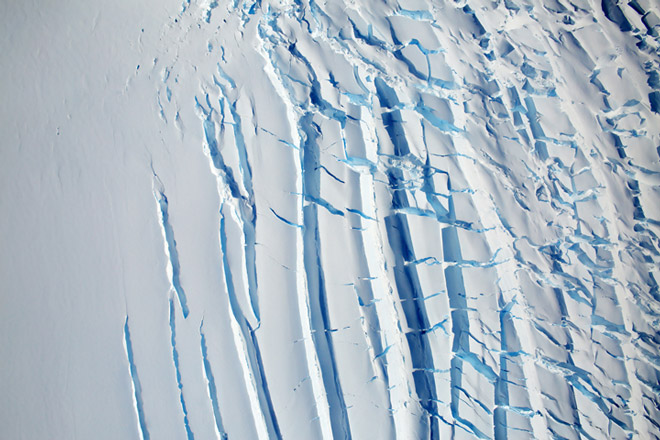 The first image shows how ice flows into the southern part of the George IV ice shelf south of the Seward Mountains on Palmer Land. The cracks are probably a semi-permanent element of the landscape that forms when ice flows over the soil horizon. The tongue of the glacier is relatively slow, even on the steepest part of the terrain; The largest loss of ice in this part of the glacier occurs at the northern end.

The second photograph shows a heavily fractured glacier about 21 km long and 11 km wide, which flows west from the Dyer Plateau to George VI Bay. The north side of this glacier merges with the glacier Meikljeon. The third image shows the glacier fractures to the north of the Keswick Peaks mountain massif, which also flows westward to George VI Bay.