What does one of the oldest animals on Earth look like? 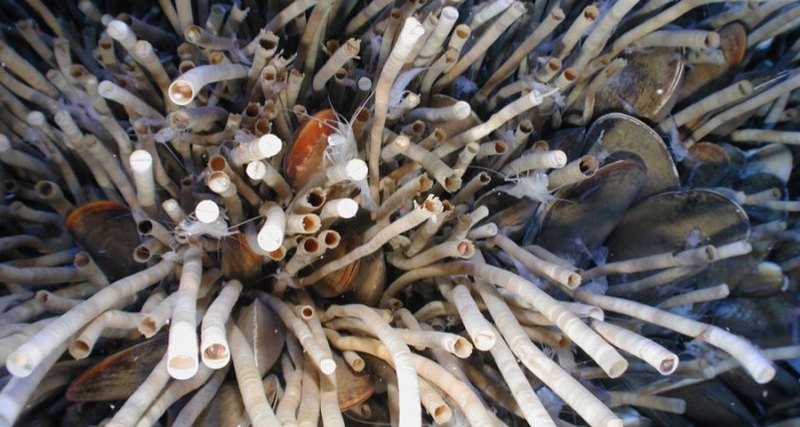 Rifts are strange animals. They consist of the head section, which is attached to the soil by suction cups, and growing from it long (up to 3 meters), but narrow (no more than 4 centimeters) tubes. They live at a depth of 2500 meters and, as marine biologists recently discovered, for a very long time – for 100-200 years; Separate organisms of the species Escarpia laminata are approaching the 300th anniversary.

Rifts living in the cold bottom waters of the Gulf of Mexico can be one of the oldest animals on the planet. Some of them live up to 300 years. To determine their age, scientists measured the annual increment of 356 Lamellibrachia luymesi, and divided the obtained value by the length of the body of each animal, adjusted for accelerated growth in the early years and decades of life of the rift. The age of 50-centimeter Escarpia laminata was estimated at 202 years; Longer animals can reach the age of 250 years, scientists believe.

The reason for the longevity of these rifts was called by scientists the environmental conditions – the absence of natural enemies. Rifts simply die too seldom, therefore the evolutionary advantage has been received by the longest surviving individuals, which remain able to reproduce throughout their life.

The oldest animal on land is the 177-year-old Galapagos giant tortoise; In the mammals, Greenland whales beat records, some of which survived to 211 years. The oldest animal that does not live in colonies is the bivalve mollusc oceanic Venus (Arctica islandica), whose age is estimated at half a thousand years; Colonies of some organisms exist for thousands of years.