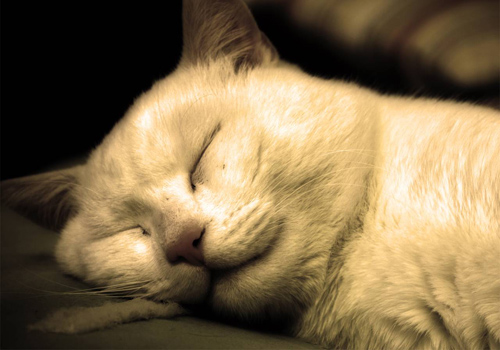 On the earth lived only two animals that attempted to directly tell people about your dreams. It was the gorillas Koko and Michael. Penny Patterson, “the teacher” both gorillas, wrote about the fact that Coco sometimes told about events that never happened, imaginary people and places, and these stories sounded shortly after Coco woke up. Michael who was taken to the zoo after poachers killed his family, sometimes woke up with the words “Bad people kill gorillas”. All the other hypothesis about what is happening in the brains of animals during sleep — only guesses of scientists.

However, scientists know that the brain of most mammals is during sleep, the same cycle, and the human brain: from sinking into a deep sleep until far REM sleep when the brain is more active. Hence comes the suggestion that many other animals can dream. Small animals (e.g., mice) are these stages quickly, the major cycle is sometimes longer than human. Reptiles and fish sleep with no REM sleep, so scientists believe that dreams, they do not see.

People have dreams about things that interested and excited them before going to bed. There is no reason to think animals do things differently. Dogs are very attached to their owners, so Barrett suggests that dogs in a dream reproduce the face and the odors of the host.

About the dreams of cats known a bit more thanks to the research of Michel Jouvet (Michel Jouvet). The scientist was destroyed in the cat brain a tiny area, which restricts muscle movement during REM sleep. The result of a cat falling asleep and entering the REM sleep, got up, jumped, stretched, and hissed a word, behaved as if he were hunting in his sleep.