What epidemics should be expected in the near future 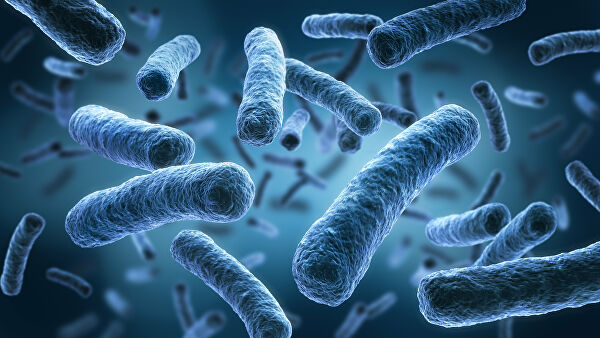 The bacteria that cause severe forms of enterocolitis have adapted to life in hospitals, thanks to it they are increasingly causing outbreaks of intractable diarrhea in their walls. Scientists in the journal Nature Genetics write about the prospects for the spread of this microbe and its new status.

“Our study indicates that this bacterium is now split into two separate species, one of which is adapted to spread to hospitals. This subspecies of microbes has existed for thousands of years, but only now have the characteristics of medicine and diet that it can use,” – says Nitin Kumar (Nitin Kumar) from the Sanger Institute in Hinkston (UK).

In recent years, the problem of the appearance of the so-called “superbugs” – microbes that are resistant to the action of one or more antibiotics, has become increasingly widespread for doctors.

Among them are rare infectious agents, and very common and dangerous pathogens, such as Staphylococcus aureus (Staphilococcus aureus) or Streptococcus pneumoniae pneumococcus. There was a real danger that all antibiotics would lose their effectiveness and medicine would return to the “dark ages.”

The main “incubators” of such microbes are hospitals and livestock farms, where drugs are used to accelerate the growth of beef cattle. Both there and here are concentrated large numbers of potential carriers of the infection, and the bacteria themselves, and antibiotics that make them evolve and prevent the “ordinary” bacteria from displacing less prolific super-microbes.

Kumar and his colleagues discovered an extremely unusual example of how not only antibiotics but also other “products” of civilization interfere in this process – an “unnatural” diet and an unusually high concentration of people, studying the outbreaks of diarrhea that periodically occur in many western hospitals and Russian hospitals.

The main “culprit” of all such problems has traditionally been the microbes of the species Clostridium difficile, close relatives of much more dangerous and deadly bacteria, tetanus bacillus, as well as pathogens of botulism (Clostridium botulinum) and gas gangrene (Clostridium perfringens).

There are several subspecies of this microbe, some of which can cause severe gastrointestinal infections, highlighting two types of toxins that provoke abdominal pain and diarrhea. In most cases, the disease ends in a few days, but sometimes the bacteria enter the colon and cause powerful inflammation, which leads to the development of severe enterocolitis, which are dangerous for the patient’s life.

If the microbe has managed to “entrench” in the intestine, it is quite problematic to destroy it, since Clostridium difficile itself is resistant to most antibiotics and prone to spore formation. These spores allow the microbe to survive when new victims travel through the stomach, which contributes to its rapid spread.

Kumar and his colleagues conducted the first large-scale genetic “census” among these microbes, trying to understand how recent outbreaks of enterocolitis occurred in the United States and Britain, and to find out if their pathogens differed from other subspecies of Clostridium difficile.

To answer this question, scientists collected samples of microbes in various corners of civilization and nature, from hospitals to dog kennels and horse stalls, extracted clostridia from them and completely decoded their genomes. In total, scientists managed to collect samples of more than nine hundred strains of this bacterium in three dozen countries of the world.

As it turned out, the most infectious strains of Clostridium difficile noticeably differed from other subspecies of this microbe not only in the structure of their DNA, but also in where they met. It turned out that almost all of these bacteria were found in hospitals where there have recently been outbreaks of severe forms of diarrhea or enterocolitis.

A study of the genome of these microbes showed that they are close to separating from the common tree of evolution with the rest of the clostridia and the formation of a new species that specializes in hospital infections.

In favor of this, as shown by experiments on mice, it is said that these microbes have acquired new variants of genes responsible for the digestion of sugars and the formation of spores. The former helps them to eat glucose and fructose, which are present in large amounts in “hospital food”, and the latter to resist the action of disinfectants, which are used in medical institutions.

Interestingly, these bacteria did not appear now and not even in the last century. They arose, as shown by the calculations of scientists, more than 75 thousand years ago, and have since evolved with humanity, adapting to new environmental conditions.

This, as scientists note, is interesting in itself, since the very fact of the existence of a similar form of Clostridium difficile means that the cultural and technological development of mankind served as the “locomotive” of the real biological evolution of another living creature. This means that to combat hospital diarrhea, it is necessary not to disinfect the premises more actively, but to change the lifestyle