What happened to the noctilucent clouds? 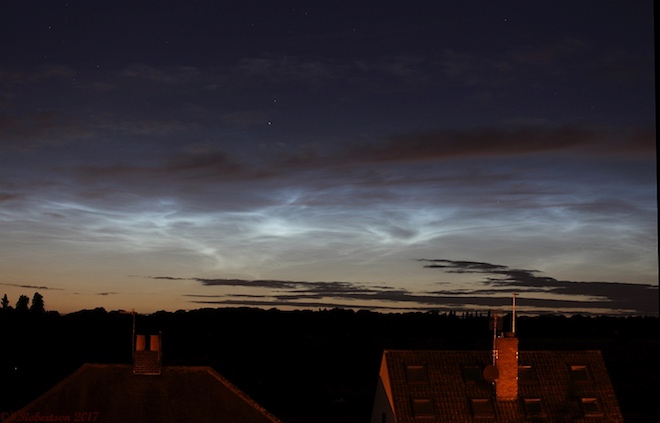 At the end of May 2017, observers in Europe began to notice how, at the sunset over the western horizon, gleaming blue curls wriggling, marking the beginning of the summer season of noctilucent clouds. Typically, these fabulous clouds increase their presence for several weeks after their first appearance. But this year something strange happened: instead of appearing more often, they disappeared.

Where did they go? The researchers realized this only now: in the polar mesosphere – areas in the upper atmosphere where silver clouds are formed – a “heat wave” was recorded, and a relatively warm temperature scattered the clouds.

Lynn Harvey of the Atmospheric Physics and Space Laboratory of the University of Colorado made this discovery using temperature data obtained with a microwave radiometer (Microwave Limb Sounder) aboard NASA’s Aura satellite. “In early May, the summer mesosphere, as usual, cooled, approaching the temperature necessary for the formation of noctilucent clouds,” she says. – But immediately after May 21, the temperature in the polar region stopped falling and within a week increased by a couple of degrees. As a result, the summer temperature of the mesopause in 2017 was the highest in the last decade. ”

The presented graph reflects the temperature trends in the polar mesosphere over the past 10 years.

High temperature is the verdict for noctilucent clouds. Ice clouds form 83 km above the Earth, when the air temperature drops below -128 ° C, which allows rare water molecules to collect together and crystallize on the particles of meteor smoke. Warming a couple of degrees is enough to destroy fragile clouds.

“We do not know why the mesosphere has warmed up,” says Cora Randall, a professor and head of the Space and Oceanology Department of the University of Colorado. “This is probably a complex process associated with the spread of atmospheric gravity waves that affect the flow of air and heat in the upper atmosphere.” 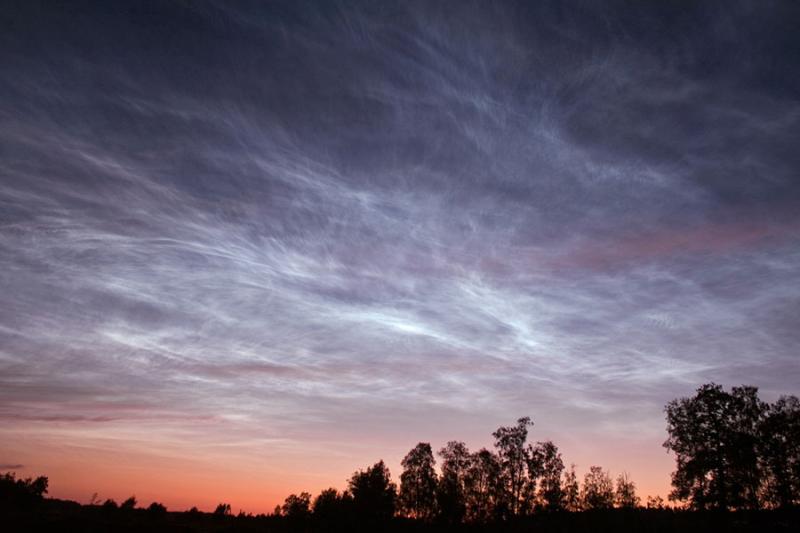 While scientists can not say with confidence how the situation will develop further. However, researchers working with NASA’s AIM satellite, which studies noctilucent clouds from Earth’s orbit, believe that cloud activity may increase in the second half of June.