What happens if the Earth becomes 2 ° C warmer? 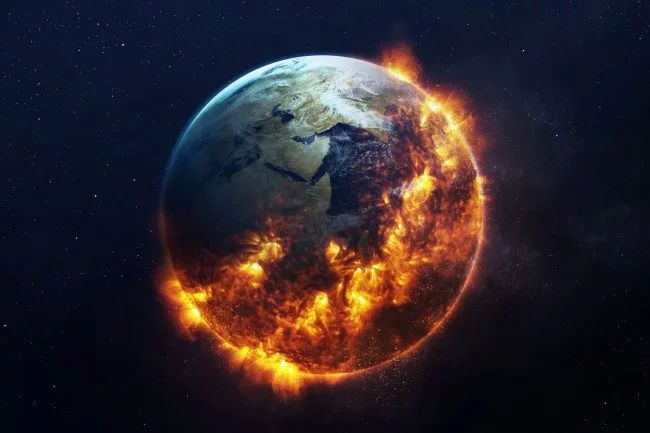 If the world becomes warmer by two degrees Celsius, we are doomed. To prevent this, the UN signed the Paris Agreement, an international treaty under which the signatories will try to maintain the world average temperature “2 ° C below the pre-industrial level.” The pre-industrial level was when the factories had not yet begun to poison their clean skies with their gases.

Over the past 20 years, this two-degree threshold has been repeatedly mentioned in political speeches and agreements adopted by the Council of the European Union, the G8 (now G7) and others.

Why 2 degrees is so important?

It all began in 1975, when economist William Nordhouse saw the global economy as a threat to the warming of the planet. He asked his colleagues from the International Institute for Applied Systems Analysis: Can we control carbon dioxide? Nordhaus came to the conclusion that an average global temperature increase of 2 degrees Celsius (caused by man-made carbon dioxide emissions into the air) will change our climate in a way that has not happened before for several hundred thousand years.

Where did the economist take these 2 degrees? Nordhaus turned to science. Because he knew that carbon dioxide warms the planet, Nordhaus calculated what would happen if the concentration of carbon dioxide in the atmosphere doubled – which would result in a global increase of 2 degrees. He also predicted that at the current pace we are moving to the “danger zone” beyond 2 degrees and will be there in 2030.

Over the next 20 years, scientists have warned of the dangers of increasing temperatures associated with greenhouse gas emissions. In 1992, the United Nations Framework Convention on Climate Change was established to stop dangerous human interference in the climate, but not to limit emissions or increase global temperatures. It took another four years for the 2 degrees to take root in the public consciousness and reach the EU environment ministers. In the end, the UN ratified the two-degree limit in the Paris agreement … in 2016. More than forty years after Nordhaus first spoke of him.

It would seem that such two degrees? We daily experience temperature fluctuations and are stronger. However, climate change and global warming are long-term trends.

During the 20th century, the average global temperature was about 14 degrees, plus or minus a few tenths of a degree. Since 1880, the globe has warmed by almost a full degree, but more than two-thirds of this growth occurred after 1975, when Nordhaus wrote his article. Every year in the 21st century it was one of the twenty warmest years.

The last time the Earth was as warm as it was now was 11,000 years ago. Oceans cover 70% of the surface of our planet, and the heating of this amount of water requires a lot of energy, not to mention air and land. Therefore, an increase in the average global temperature by 2 degrees means that in places the temperature rise exceeded these 2 degrees.

We already feel the consequences of our actions – therefore the weather seems more strange than it was before. Hurricane Harvey covered Houston in 2017, and his unprecedented downpour happened 10 times more likely due to human intervention in the natural course of the climate. Drought and heat waves also increased, in some regions the amount of precipitation decreased and forest fires became active.

If we get 2 degrees warm, the world will be much drier, which will affect the economy, agriculture, infrastructure and weather conditions. The increase in temperature can damage ecosystems and species that can not adapt, including coral reefs and Arctic zone inhabitants. Low coastal areas and small islands around the world are at risk of disappearing as sea levels rise due to the melting of Arctic ice and the Greenland ice sheet. 2 degrees Celsius can determine the existence of whole nations.

The Intergovernmental Panel on Climate Change, an organization that advises governments on the causes and consequences of climate change, is now exploring what the world will be if the average temperature rises by three, four degrees or even higher. This can lead to the disappearance of whole species and huge risks to global and regional food security. People can not live and work in some parts of the world.

Will large countries, in particular China and India, limit carbon dioxide emissions so that our planet remains below the 2 degrees mark? Hardly. Studies show that with a 95 percent chance of becoming warmer by 2 degrees by 2100, the negative effects of climate change will be very grim. We have the opportunity to reduce our emissions and to keep the worst possible warming. But time is running out.