What if a pandemic of the deadly flu virus breaks out today?

A century has passed since the Spanish flu claimed at least 100 million lives. And it remains only a matter of time when a similar strain appears. A hundred years ago, the flu season was brewing in the most usual way. Most of those who fell ill in the spring quickly recovered, and the mortality rate was not higher than usual. The newspapers wrote more news about the war than about the flu. But in the autumn everything changed. A previously unknown virus has proven to be an extremely dangerous strain that destroys populations in North America and Europe, killing its victims in a matter of hours or days. In just four months, the Spanish flu, or “Spaniard,” as it is called today, spread throughout the world and penetrated even into the most isolated societies. By the time the pandemic reached next spring, between 50 and 100 million people — about 5% of the world’s population — were dead.

A century later, the pandemic of 1918 seems as far from us as a horror film, like the bubonic plague and other deadly diseases that we have more or less mastered. But the flu is still with us – and it continues to claim from 250,000 to 500,000 lives annually. Each year brings a slightly different strain of seasonal flu, while a pandemic can occur depending on the assortment of influenza viruses in animals. In addition to 1918, pandemics occurred in the last century in 1957, 1968, 1977 and 2009.

Given the virus’s tendency to mutate and its constant presence in nature (it appears naturally in wild waterbirds), experts are convinced that it is only a matter of time when the same infectious and deadly strain will appear as the Spanish flu – and maybe even worse. 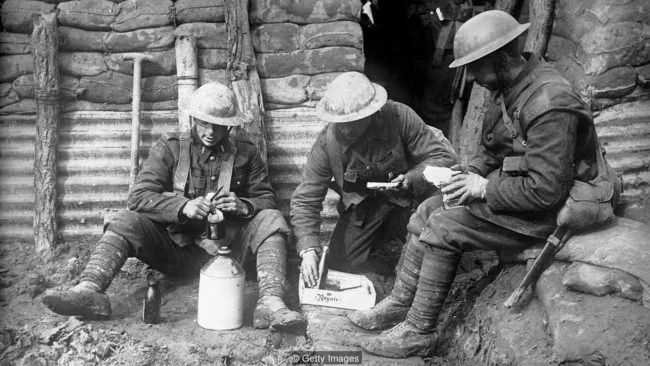 “Flu pandemics are like earthquakes, hurricanes and tsunamis: they appear, some worse than others,” says Michael Osterholm, director of the Center for Infectious Diseases Research at the University of Minnesota. “To believe that we will not have a second such event as in 1918 is stupid.”

But when it takes place, he continues, it is impossible to predict: “As far as we know, everything can start even now while we are talking.” It is impossible to accurately predict how they will develop when the strain resembling a “Spanish flu” reappears and begins its bloody harvest. But some reasonable assumptions we may well make.

First, the impact of the virus will depend on whether we catch it early enough to hold it, says Robert Webster of the Infectious Diseases Department at St. Jude Children’s Research Hospital. There are many systems that are designed for this: the World Health Organization flu surveillance team is constantly monitoring the development of the virus in six key laboratories around the world, and an additional set of agriculture-oriented laboratories does the same for poultry and swine.

“Our observation is likely to be as good as possible, but we cannot track every bird and pig in the world — this is impossible,” says Webster. “We should get lucky if we want to contain the virus.”

The reality is, he continues, that the virus will almost certainly burst out. Once this happens, it will spread across the globe in a matter of weeks, given the level of mobility today. “Influenza is one of those viruses that, if they enter a vulnerable population, develop rapidly,” said Gerardo Chouell, a professor of epidemiology and biostatistics at the University of Georgia. “Individuals already tolerate it until symptoms appear.”

Since over the past hundred years the number of people on the planet has more than quadrupled, there will probably be more cases of infection and death than in 1918. If in 1918, 50 million people died as a result of the flu, today we could expect 200 million deaths. “These are a lot of bags for corpses – they would end very quickly.”

Experts believe that these differences were influenced by a variety of factors, including the population’s prior exposure to similar influenza strains and the genetic vulnerability of certain ethnic groups (for example, Maori in New Zealand died seven times more often after infection with influenza in 1918 than people on average around the world).

Poverty-related factors, such as sanitation, basic health services, and health care in general, according to Chawell, also play an important role in combating the outbreak of the influenza virus. “In 2009, in Mexico, many people went to the hospital only when they became very, very ill, and often it was too late,” he says. Many of these victims were due to an economic decision: to go to the doctor meant losing a day’s work, and therefore paying for that day. “I’m not saying that this applies to every Mexican, but to the most vulnerable parts of the population for sure,” says Chowell.

If the pandemic affects the US or other places without socialized medicine, similar socioeconomic patterns will apply to uninsured citizens. To avoid harsh medical bills, people without health insurance are likely to postpone visiting the hospital until the last moment – and then it may be too late. “We already see this in the example of other infectious diseases and access to medical care.”

Vaccines are the best remedy for a pandemic, says Lone Simonsen, an epidemiologist of infectious diseases at Roskilde University in Denmark. But this requires identifying the virus, creating a vaccine and then spreading it around the world — easier said than done. Flu vaccines that were not available until the 1940s are being made very quickly today, but it still takes months. And even if we succeed in creating such a vaccine, it will not be possible to create enough doses for everyone, says Osterholm. “In six to nine months worldwide, only 1-2% of the population will have access to the vaccine,” he says. Another limitation, he adds, is that modern flu vaccines are, at best, 60% effective.

Likewise, although we have the drugs to fight the flu, we do not accumulate their stocks in case of a pandemic. “Today we don’t have enough antiviral drugs even for the richest country in the world, the United States,” Chowell notes. “What can we expect for India, China or Mexico?” 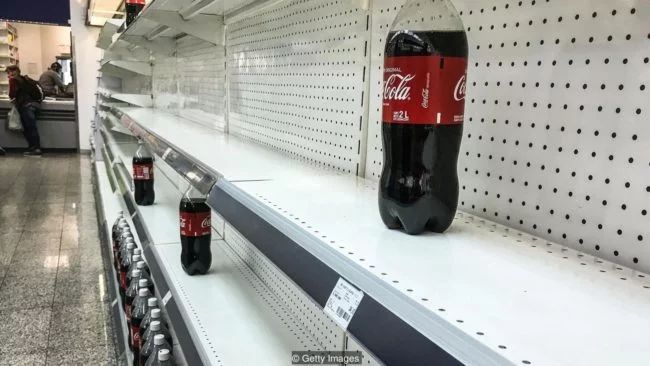 In addition, the available drugs are also less effective than comparable treatments for other diseases, primarily because “the world treats seasonal flu as a rather trivial disease,” Webster says. “Only when serious outbreaks occur, such as HIV, does the scientific community pay more attention to the disease.”

Given these realities, hospitals will fill up very quickly, says Osterholm; drugs and vaccines will end instantly. “We’ve already shocked the healthcare system here in the US with just this year’s seasonal flu, and it’s not even a particularly difficult year,” he says. “It shows how limited our ability to respond to a significant increase in the number of cases.”

As in 1918, as more infections and deaths increase, cities around the world are more likely to stop. Businesses and schools will close; public transport will stop working; electricity is cut off; corpses will begin to accumulate on the streets. Food will be sorely lacking, as will vital medicines that support the lives of millions of people with diabetes, cardiovascular diseases, immunosuppressive conditions, and other vital problems.

“If a pandemic leads to a disruption of the production and transportation chains of drugs, we will see the death of people as soon as possible,” says Osterholm. “The cumulative damage from a pandemic in the style of 1918 can be quite dramatic.”

Even after the virus exhales on its own, the consequences of its appearance will be given away for a long time in different parts of the world. The virus of 1918 was “still terrible afterwards,” Simonsen says that 95% of those killed were not very young and not very old, as is usually the case in the case of the flu, but quite healthy at the peak of disability. The virus has destroyed part of the labor force and has had a profound effect on families, with the result that many children have become orphans.

Almost reliably, scientists learned about this only in 2005, when they reconstructed the Spanish flu virus from samples taken during the Brevig mission in a village in Alaska, in which 72 out of 80 people were killed by the disease in less than a week. The body of one victim was preserved in the permafrost well enough to allow the microbiologist to restore its lungs, which still contained the genes of the virus.

Animal tests using reconstituted viruses have shown that the 1918 strain propagated exceptionally well. It triggered a natural immune response, a cytokine storm, in which the body goes into overload mode, producing chemicals designed to prevent invasion. Cytokines themselves are toxic – they are responsible for pain and illness during flu – and many of them can overload the body and cause general system failure.

Because adults have stronger immune systems than children and the elderly, scientists believe that their stronger responses to the flu can be fatal. “We finally understood why the virus was so pathogenic,” says Webster. “The body is essentially killing itself.”

In the coming decades after the Spanish flu, scientists have developed various immunomodulatory therapies that help mitigate cytokine storms. But this treatment can hardly be called ideal, and it is not available everywhere. “Today we cope with cytokine storms no better than in 1918,” says Osterholm. “There are several cars that can breathe and drive blood for you, but in general the outcome is very, very gloomy.”

And this means that, as in 1918, we are likely to see huge losses in life among young people and middle-aged people. And since life expectancy today is tens of years more than it was a century ago, their deaths will be much more significant for the economy and society.

However, among the bad news there is one chance for salvation: the universal flu vaccine. Considerable resources have been allocated to this long-held dream, and efforts to develop a breakthrough vaccine are gaining momentum. However, we can only wait and see if it will arrive in time to prevent the next pandemic.

“Research continues. Hopefully, before the advent of this hypothetical hot virus, we will get a universal vaccine and be well prepared, ”says Webster. “But at the moment we have nothing.”