What is a “Humpback Moon”? 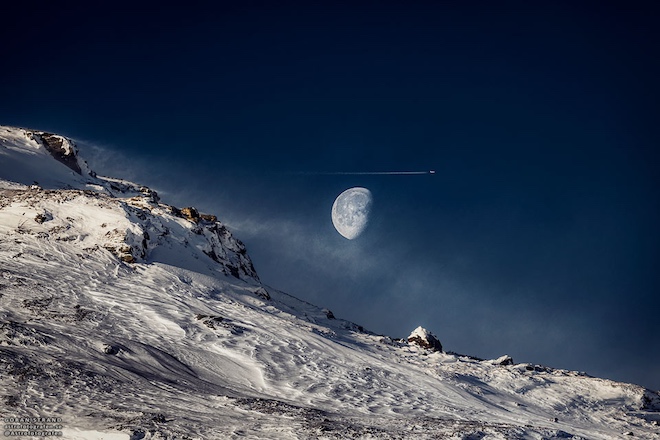 In this picture – the so-called “humpbacked moon”, the only natural satellite of our planet in the period between the second quarter and full moon.

The majority of earthlings are more aware of the full moon (when the entire face of the satellite is illuminated by the sun) and the crescent moon (when only a thin strip of a celestial body is lit).

At a time when more than half of the moon is lit, but still lacking full illumination, the satellite is sometimes called the “humped moon”. It is rarely seen on television and in movies, but the moons like are frequent guests in the night sky.

The photo was taken in Omtland in Sweden at the end of last month. The photographer was lucky to capture not only the picturesque lunar landscape, but also the plane, which seems to fly past the moon.