What is a multiverse? 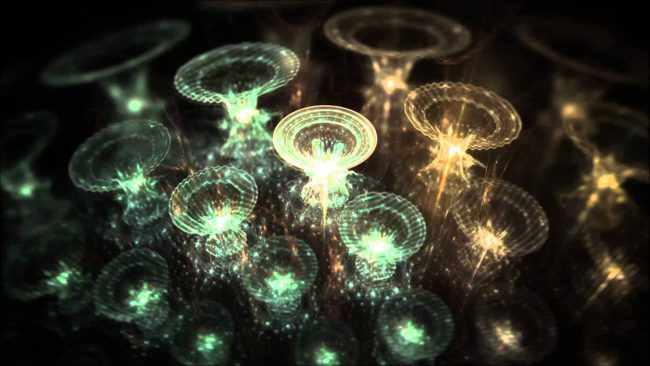 Thinking about what the universe is, most people imagine the limitless depths of space, limited our opportunities of observation, and everything that ever was or will be. But even with this Universe, which is:

contains hundreds of billions of galaxies.
each with billions or even trillions of stars;
which is 13.8 billion years since the Big Bang;
and stretches to 46 billion light years, as far as we can see;
and we are order 1091 of the particles,

she’s still finite and limited. Is our observable universe, which began with a hot Big Bang, and which holds all that is possible to comprehend. And yet, perhaps there is much more than that.

If we were in any other place in this Universe, we could see all the same amount of the Universe. On the largest scales, the universe is uniform more than 99.99%, and variations in its density not exceeding 0.01%. This means that if we were lucky enough to be somewhere else, we would see hundreds of billions of galaxies, about 1091 particles, scattered over 46 billion light years. We just would see another set of galaxies and particles is a bit different in the details.

From what we can observe, and from all theoretical guesses that come universe on the subject of topology, shape, curvature and origin, we fully expect that there’s a lot more Universe — identical properties that we observe, but we can’t see her. And only due to the fact that the universe has existed for a certain period of time, we can see a specific part. In fact, this is the simplest definition of a multiverse: beyond what we can see, there are many more unobservable Universe.

Most scientists take it for granted, because otherwise we would have seen that the universe is much more curved, have seen repeating patterns in the cosmic microwave background. The lack of evidence that clearly indicates that beyond the known Universe there are a lot more than anything else. The lack of strong curvature indicates that we can’t see hundreds of times more of the Universe; the universe is unobservable a lot more of our own. But no matter how great it was, she probably came from the same cosmic event — the Big Bang — billions of years ago.

But the Big Bang was not only the “beginning” of the Universe. This was the state before the Big Bang, where it all started: cosmic inflation. This rapid exponential expansion of space in the young Universe created more and more space while it lasted. And if inflation really came to an end there, where we are, and possibly something else: the speed with which inflation creates new space in almost all models higher than the speed at which she comes to an end and starts a Big Bang. In other words, inflation predicts an unusually large number of disjoint Large Explosions, each of which gave rise to its own Universe.

This multiverse, even more than we previously thought, and if the inflationary condition was eternal (but it could be so), then the number of universes is infinite, not sure. Which is weird, because in these other universes, formed by other large explosions, can be completely different physical laws and constants. In other words, can be more than just a region with worlds like ours but with worlds that are completely different from ours.

What is a multiverse? Under it is possible to understand one of three things:

More “the Universe” like ours, which came from the same Big Bang, but do not observe.

More Universes like ours, which came from other Large Explosions, but were born in the same inflationary condition.

Or universes can be a lot more — some like ours and some as not — different from constant and even laws.

Multiverse can be finite in size and the number of universes or infinite. If you accept the Big Bang and modern cosmology, then the first is definitely true. If you accept space inflation (and for good reason), right is the second. If you are taking certain models of string theory or other theories of Association, may be true and the third. As for the question of the finiteness or infinity, we don’t know for sure. There is a theorem that inflation could not last forever, but it has loopholes that allow inflation to go on forever.

One thing is certain: multiverse exists, and you don’t need to be a rocket scientist to recognize it. The question is, which version of the multiverse is hidden from us, and we may never know.