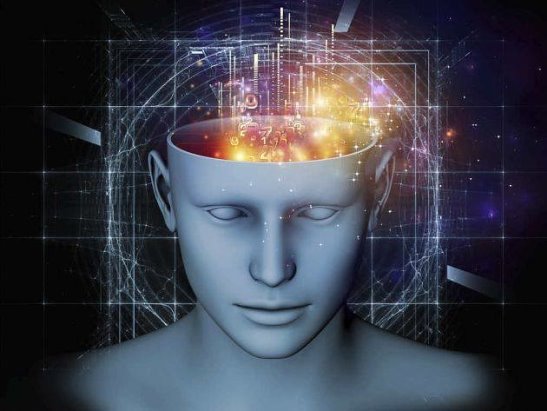 Scientists have found that cognitive-behavioral therapy, which helps to persuade people to change his way of thinking, is equally effective at treating depression as prozac and zoloft. In some way, which nobody understands, therapeutic conversations penetrate into the biological wiring of the human and influence the flow of neurotransmitters in the brain.

Other studies yielded similar results po-judgmental awareness”. It is such as meditation of the Buddhists, when a person’s thoughts flow slowly in the mind like clouds reflected in still mountain water.

Such findings began to appear so frequently that it is easy to forget about their strange consequences.

Depression can be treated in two radically differing from other methods: making changes in the brain using medications or changing consciousness in the process of talking to a psychiatrist. But we can’t explain how consciousness arises from matter, and how, in turn, consciousness affects the brain.

This perennial puzzle is the problem of mind-body — concisely outlined the philosopher David Chalmers (David Chalmers) at a recent Symposium at the new York Academy of Sciences. “Science and philosophy agree that immaterial soul, or subject of thought, does not exist or, at least, there is no evidence of such an existence,” he said.

The ideas of Descartes of the dualism of soul and body, that is, their separate existence had long since disappeared from the scientific conceptions. The task now is to explain how the inner world of consciousness emerges from the flesh of the brain.

Neuroscientist Michael Graziano Michael Graziano of Princeton University told the audience that consciousness is a kind of Scam, in which the brain plays with itself. The brain is a computer that evolyutsioniruet in the image and likeness of the external world. Among its internal models is itself an imitation, or rough approximation of his own neurological processes.

The result is an illusion. Instead of neurons and synapses we feel in the mind a ghostly presence to “me”. However, all this is just data processing.

“The machine mistakenly thinks has magic,” said Graziano. And this magic she calls consciousness.

He believes the mysterious does not exist. “This is important to explain another phenomenon,” says Graziano. — Why the brain as a machine insists that it has non-physical properties.”

This debate showed online, reminded me of a recent play by Tom Stoppard “the Difficult task” in which a young academic, a psychologist by the name Hilary is suffering from the same illness, which he described Graziano. Of course, the brain is not only biology, but much more, she says to her boyfriend, a convinced materialist named spike. There should exist such a thing as a mind that will not show the scan.

The title for his plays, Stoppard has borrowed from the work of Dr. Chalmers. “Easy task” is at least a schematic explanation of why the thinking, memory, attention and so on are just neurological computing. But for difficult problems — why all these processes somehow felt — “there is nothing like a single theory or even a single guess,” said Dr. Chalmers at the Symposium.

Or, as Hilary says in the play Stoppard, “every theory on the problem of consciousness to the same level of provability as divine intervention. Explanation there is a gap, and there suddenly there is something like a miracle.

Hilary rejects the idea of emergence: that if you tie together a sufficient number of inanimate components (neurons, microchips), it will appear to consciousness. “If we talk about fact,” says the heroine, the body consists of components, and components have no thoughts”.

Proponents of emergence, prevailing in the scientific community that investigates the mind, trying to substantiate their ideas by using metaphors. Such properties of water, as humidity, transparency, reflectivity, arise from the interaction of atoms of hydrogen and oxygen. That’s how life emerges from molecules.

We no longer believe in a supernatural life force or vital impulse (élan vital). So what is so special about consciousness?

In the absence of accurate descriptive mechanism of how the brain creates the mind, some thinkers and scientists are returning to the centuries-old teachings of panpsychism. This is the idea that consciousness is universal and exists within the molecules and atoms as a kind of elementary substance, inwardly possessing the nature of the mind, but outwardly perceive as matter.

Consciousness does not need to occur. It is embedded in matter like some quantum-mechanical effect. One of the unexpected developments of the past decade is that this idea gained popularity. This year in Tucson at the conference “Science of consciousness” three meetings were devoted to panpsychism.

Science is not the first time in this impasse, the only exit from which was to propose a new fundamental ingredient. Dark matter, dark energy — these things were invented to solve intractable problems.

A physicist from the Massachusetts Institute of technology Max Tegmark (Max Tegmark) (he also spoke at the Symposium in new York) suggested that, along with solid, liquid and gaseous there is another state of matter, which he called “perceptrons”. In this state, the atoms are arranged to process information and lead to the emergence of subjectivity.

State perceptrons — not necessarily biological. The creation of his hypothesis, Dr. Tegmark inspired, in particular, the neuroscientist Giulio Tononi (Giulio Tononi), whose theory of integrated information occupied an important place in the science of consciousness.

This theory is based on a powerful mathematical calculations, argues that such a simple device as a thermostat or photoelectric diode can have glimpses of consciousness, subjective sense of “I”.

According to the theory Tononi, not everything is conscious, but only as perceptrons, capable of sophisticated ways to process information. He even invented a unit of phi to measure how conscious one or the other thing.

This theory has its critics. Using as a base calculation unit phi, known for his sarcastic scepticism scientist Scott Aaronson (Scott Aaronson) have estimated that error-correcting scheme from a DVD player (it’s a pretty simple logical element electronics) can have a much more developed consciousness than the human brain.

Dr. Tononi does not exclude such a possibility. What’s it like to be such a scheme? We just don’t know it. For the understanding of consciousness may require a fundamental restructuring of the science conception of reality.

Maybe not. Computers are becoming harder and someday one of them might surprise us with intelligent and spontaneous conversation as artificial neural network from the novel by Richard powers “Galatea 2.2”.

We may not understand how it happens — just as we do not understand your inner voice. Philosophers in this case will argue whether a computer has consciousness, or it just simulates it, and if there’s any difference.

And if the computer happens to depression? Is there for him cyber prozac? Or it can cure therapeutic conversation the psychiatrist — artificial or real human?

Maybe the machine will be able to convert the advice of a psychiatrist in the instructions for reprogramming itself, or will call on the help of nanorobots that will repair her electronic innards?

But it is possible that she will be confused because of their problems of mind and body. And people this is unlikely to help.