What is known to science about the feelings of dogs 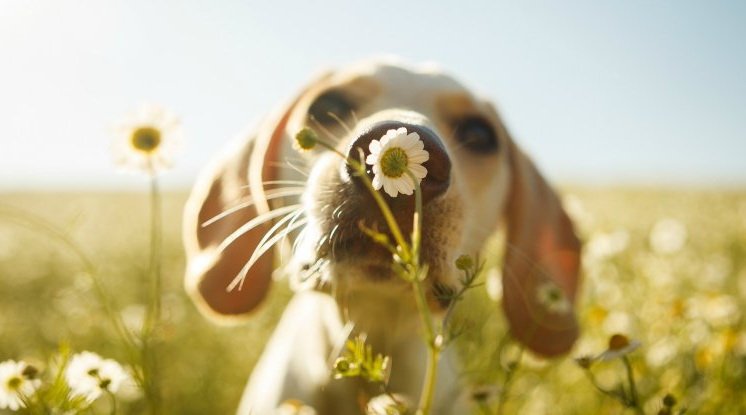 If you are lucky to be the owner of a dog, then you know this feeling when you just know if your pet is happy or upset. Even the scientific community today recognizes the presence of emotions in dogs, although they can not be measured accurately.

For centuries people have lived side by side with four-legged brethren. Voltaire wrote in his Philosophical Dictionary of 1764: “Nature has given man a dog for protection and for entertainment. The most true of all animals, this is the best friend that a person could have. ”

Studies repeatedly point to the positive impact that pets have on their masters. According to some of them, at a difficult moment the dog owner is more inclined to turn to his pet than to a close person. No wonder that dogs are increasingly used in therapy. Our four-footed friends participate in a variety of psychological rehabilitation programs, offering friendship, participation and disinterested love. The American Kennel Club even awards official titles to the animals that helped the patients who addressed them.

The first trailblazer of dog therapy could be considered Sigmund Freud. In the 1930s, his sessions invariably featured a Chow Chow nicknamed Jofi and he noticed that Jofi acted soothingly on his patients, contributing to their greater openness and frankness.

However, more often for the beginning of the practice of therapy animals adopted the period of World War II, when a Yorkshire Terrier named Smoky accompanied his host, Corporal William Wynne, during visits to military hospitals in New Guinea. The presence of a doggie lifted the spirit of the wounded soldiers.

Despite all this, it was not until 1960 that the first case was officially documented when the dog worked as an “assistant doctor”.

Although no one argues with the fact that dogs perfectly understand us, the opposite, unfortunately, is not always true. A classic example – after some embarrassment the dog owner thinks that she looks “guilty”. However, for a dog this kind is not at all a confession of guilt, but a way to express humility and say: “Do not offend me.” It is difficult for people to convince themselves that the canine brain is unable to accommodate the concept of good and evil, without which it is impossible to experience a sense of guilt. A dog that looks guilty, only fears your reaction to the situation, most often based on past experience.

The main difficulty of interaction between the dog and the host is the inability of the person to correctly interpret the body language of the animal. Add to this the belief that the dog understands abstract concepts and can use the mind to solve complex problems – and the problem is ready.

Another way to understand the feelings of dogs is to examine their hormonal background. According to studies, when the dog is petted by the owner, the level of oxytocin rises. Among other functions, this hormone is considered to promote relaxation. He helps build emotional connections between mother and child, as well as between the dog and the host.

In addition, in an unpleasant situation in dogs, the level of stress hormone cortisol increases. A typical situation that causes dog stress is being alone. Dogs are schooled animals, and a lonely dog ​​is unlikely to be happy. Owners of animals need to consider this factor.

All this suggests that for the successful coexistence of comprehension of the emotional state of each other is vital. And even if we do not always fully understand our fellows, they are very important to us, just as we are for them, and our species can help each other become happier.