What it’s like to fly to Mars and back? 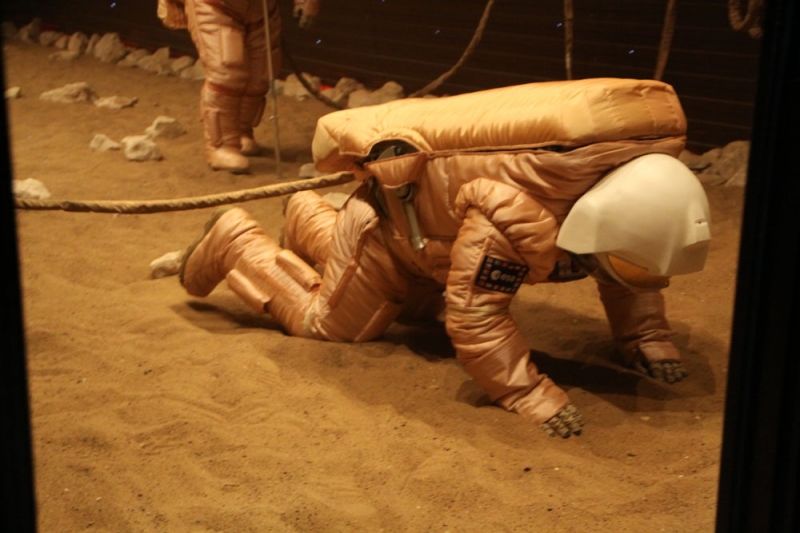 Imagine that you closed on the house a year and a half. The only people you see, it’s five of your “cellmates”. All your food consists of canned or semi-finished products for quick heating in the microwave. No Internet, and your connection with the outside world tightly restricted.

This was the experience of the team “Mars-500” — the group of 6 pseudocode – and the astronauts who spent 520 days in a closed facility in Moscow as part of an experiment to study the psychosocial problems of travel to Mars and back. The experiment ended in 2011, and the results of this simulation the longest space flight in history have been analyzed in hundreds of research papers. Recently, researchers from Bohemia published a new analysis.

To learn more about the experience of the crew in conditions of extreme isolation, researchers interviewed each member of the group 12 days after the completion of the experiment. “We asked participants to imagine carried out in the project as “history”, to divide it into chapters, give each Chapter a name and describe briefly its content,” the study authors write.

In the work of many direct quotes of the astronauts. They come from Russia, France, Italy and China, in the excerpts below will not be names, and the translation may seem strange or even naive.

Members of the crew describe the first two or four months of experimental exclusion as the period of adjustment. There was lots of work, but everything was new and the team spirit on top.

“I did not feel particularly isolated, it took us a long time to adapt to the new environment and build relationships with each other, and I think we spent a lot of time figuring out how to use the module, test the food, who will cook food for tomorrow, who is going to work tomorrow.”

When daily activities become more routine, the novelty of the experiment had disappeared and only the monotony.

“You don’t want to learn, nothing to understand… We were closed in the personal room…”.

“Honestly, I expected it to be more work, more interesting work, and it was a little. Had to invent their own objectives… I felt like I was wasting my time.”

At some point, scientists conducting the experiment, they subjected the crew to turn off the light for more than 24 hours to see their reactions. Despite the inconvenience, the outage has been more of a pause in the monotony of everyday life, unplanned event that requires a response.

From the diary of Charles Romaine:

“I was in my room, when somewhere at 13:00 the electricity is suddenly disconnected and everything around us froze, except for security lights and computers with batteries. The crew gathered in the kitchen to discuss what happened and to make the best plan of action. While the others were getting personal flashlights, Alex and I checked the power supply modules. All breakers were fine. And then we received a message from ground control that the main transformer of the building, surrounding our modules on fire. We didn’t know how long it will take the engineers to fix the problem.

Therefore, to save power and the emergency batteries and to avoid any new issues, we unplugged all electrical appliances and even twisted the bulb on some security systems, which are not needed. Were only two light sources: one in the kitchen and one near the shower. To understand our situation, imagine the scene of “doomsday”. We were the last of six crew members who were lost in the dark modules and shrouded in a thick veil of silence. The friendly hum of the ventilation disappeared along with the electricity. We couldn’t Express more than two litres from the tap because the pressure in the pumps of the water system had fallen too. Our response was to come together in a single place, where all was light: in the kitchen.”

Birthdays and holidays take on a special significance in isolation. Crew members had to Excel, coming up with birthday gifts from scrap materials, sometimes asking the mission control center to pass along with messenger favorite movie or book.

“It’s been interesting: how to celebrate and organize birthdays in the insulation how to build a party, how to record a video, how to make easy snacks… the mission control Center has prepared a special meal and gifts for us, which we found in the pantry, and the boys really enjoyed their birthdays”.

“During the first third of our stay we had about four birthdays, and it meant the world to me, because we could actually contact a “real life” — to live a little “normal” time”.

The holidays are also allowed to interrupt the daily routine. Each crew member shared their own cultural holidays and traditions with others.

To get to “Mars” was the most interesting moment for pseudocomponents. The crew is divided in half — three members remained in the dwelling (“in orbit”), to dock and undock the “lander” and to provide support to ground team. The team of “Martians” spent 30 days in isolation in the previously closed “lander”, carrying out a virtual landing on Mars, driving a virtual Rover and spent three forays to the surface.

Despite the fact that this time was one of the most stressful for the crew of “Mars-500”, the award was appropriate: emotions. The crew showed that even after eight months of boredom and isolation it can perform its tasks.

“Those were the days of hard work, very hard, the length of this Chapter is very short but full of good memories. And work…”.

“When we went outside in their spacesuits, it was very interesting; it was the best moment not only of this part of exclusion, but also of the entire insulation at all. It was the best part of the experiment”.

If Mars was the peak of the experiment, the simulated return was his complete opposite. The authors describe it as a bad hangover.

“After Mars was complete descent into the monotony and not the cool stuff, I think…”.

“Since the end of the landing and until the end of July was about four months very depressing period, because all the fun was over, landing on Mars is over… it was hard, we have fulfilled the most important task, it was hard not to relax… no surprises, no new challenges, the same experiments day-to-day monitoring, checking for devices… the work proceeded according to a strict schedule… it was difficult and sad…”.

Communication is the most important

When you months do not communicate with anyone except the same five people, in the end, the letters and video messages from the outside world become much more important. Team “Mars-500” extremely upset, when decided that communication with the outside world was damaged.

Communication problems “were adopted by the crew personally and was disappointed with it,” the authors write.

Lack of communication or slow communication, according to many crew members, was the worst point in the course of the experiment.

“It was November 2010, and I was very sad since I did not receive letters from family, there is some problem, and I don’t even know what was the problem, but I didn’t get any letter that my family sent me. People from outside could not get in touch with me, disappeared, or was the problem on the Internet or in the address… don’t know, but it was very sad.”

Well what can I say? Man needs man. 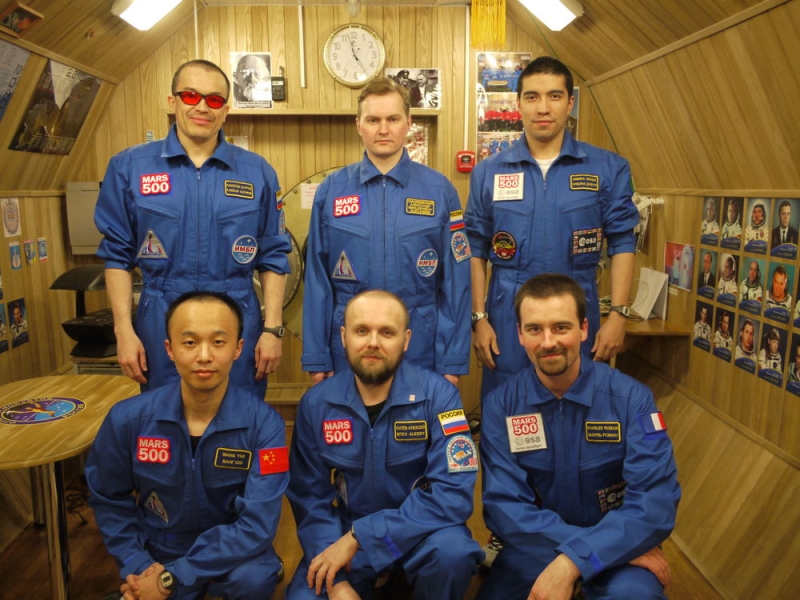 While access to information from the outside world, the crew was not very helpful the availability of such different roommates, because they could learn new information from each other, sharing cultural points of view and traditions.

“Differences in cultures acted as mediator, and sometimes even the main cause communications,” the scientists write.

Mars, of course, is not for the faint of heart. Times NASA plans to send humans to Mars in 2030-ies, and private companies hoping to colonize it earlier, would be good to know what conditions have to be astronauts. The longest experiment in human isolation suggests that we need a plan to break the monotony of space flight, how to establish reliable communications and how to recruit a crew of people from different cultural backgrounds.