What looked like the first flower of the Earth 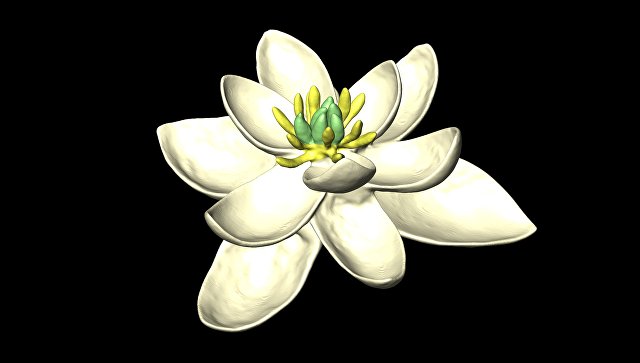 Biologists analyzed the history of the evolution of flowering plants and found out that the first flowers of the Earth were most similar to white lilies and trilliums in their shape and coloring.

Traditionally, the first flowering plants that appeared on Earth in the Cretaceous, about 150 million years ago, are believed to have revolutionized the world of flora and herbivorous creatures. Their main weapon in the competition with ferns and other gymnosperms was that they secured the support of new allies – insects and other pollinators.

Pollination of flowers with the help of insects in exchange for portions of nectar and other food has helped modern plants to quickly supersede cycads, ferns and other gymnosperms, leaning on the wind in the pollination and spacing of their seeds. Their ultra-rapid distribution in the middle and the end of the Cretaceous, as some scientists believe today, could even serve as a reason or accelerate the extinction of dinosaurs, unable to eat stiff leaves and branches of flowering plants.

Juerg Schoenenberger from the University of Vienna (Austria) and his colleagues found out how these first flowering plants looked, comparing hundreds of flowers of their modern descendants among them and singling out those features that are most often encountered and at the same time hardly changed with The era of the dinosaur era.

The result of all these calculations and comparisons became a virtual flower, which, according to researchers, is very similar to those flowers that first blossomed on the surface of the Earth about 100 million years ago. In appearance, it is similar to many modern plants, but it has several unique features that distinguish it from all existing flowers today.

In particular, these flowers had five pestles, twirled in curls, ten stamens, and also several sets of petals and sepals, which were combined into “threes” and painted white. A similar structure today has flowers of lilies and trilia, except that they do not have five, but three pistils and six stamens.

Another interesting feature of this plant is that it was dioecious, like sea-buckthorn and some other modern representatives of the flora that have “male” and “female” bushes. Today, the number of such plants is relatively small – they account for only 4-6% of the total number of species of flora, but in the past, scientists believe, they could dominate the Earth.

Further study and refinement of the appearance of this flower, as scientists hope, will help them to clarify some controversial moments of the evolution of plants and understand what role they played in the extinction of dinosaurs, the evolution of mammals and other life forms on Earth.

For example, the similarity of ancient flowers to lilies was some surprise to biologists, as botanists used to believe that the first flowers looked like an amborure, a primitive plant with plain flowers from New Caledonia, and not bright lilies. This may mean, as Schönenberger and his colleagues conclude, that the evolution of flowering plants could have proceeded in completely different ways in fact from the time they appeared on Earth.