What threat lurks at the bottom of the Barents Sea? 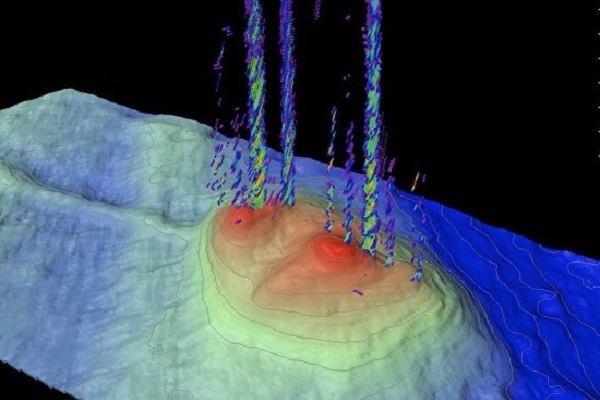 At the bottom of the Barents Sea, at the end of the last century, giant hillocks and funnels were discovered that hide a huge amount of methane.

The found formations arose about 12 thousand years ago as a result of the accumulation of frozen methane in the near-surface layers of the soil, which were pressed by a two-kilometer layer of ice. When the ice receded, the methane reserves in the lower layers of the soil began to melt rapidly, which led to a swelling of the soil, the formation of giant hills and their subsequent explosion. As a result, a huge amount of methane fell into the atmosphere and oceans of the Earth, which could accelerate the retreat of the ice further north and put an end to the glaciation era.

Methane hydrates remain stable at low temperatures and high pressures. The pressure exerted by the 390-meter layer of water on the bottom of the sea, while sufficient to keep them from destruction. On the other hand, the gas is already leaving these mounds, and today they are one of the most active sources of methane on the bottom of the Arctic. The gas “tails” of some of them have already almost reached the surface of the water. Further warming of the world ocean, according to scientists, can break this balance and lead to an explosion of “frosty hillocks”, the consequences of which are unpredictable.

On the other hand, this danger is more threatening to other stocks of methane hydrates that lie within permafrost near the northern shores of Russia, Norway and Canada, where soil and water temperatures vary much more, and the catastrophe can happen much earlier than at the bottom of the Barents Sea.