What threatens the transformation of bacteria into storage media 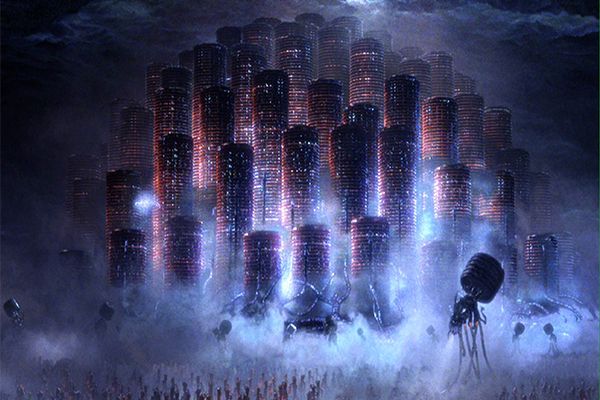 Biologists from Harvard University in the US encoded the first gifk, created in the XIX century, in the DNA of Escherichia coli. The researchers used CRISPR / Cas9 technology to insert nucleotides into the genome of the bacteria that correspond to the image-forming pixels. Reading the DNA sequence allowed to reproduce the video with 90 percent accuracy. The article of scientists is published in the journal Nature.

Edward Maybridge can be considered the creator of GIF animation. He was the first to use cameras to obtain a number of images. With the help of a special device – zoopraksiskopa – he made of them short looped rollers. One of his famous works – footage with a galloping horse – was useful to resolve the dispute, whether always at a gallop the animal touches at least one foot of the earth (it turned out that there is not). Chronophotography, invented by Maybridge, served as the basis for the cinema. However, the photographer hardly expected that his pictures would get inside the DNA of the microbes (and he did not know about DNA).

How did the researchers achieve this? An important role was played by the relatively recently discovered system CRISPR / Cas9. This is the name of the molecular mechanism that acts inside bacteria and allows them to fight viruses. CRISPR are inside the DNA of the microorganism “cassettes”, which consist of repetitive regions and unique sequences – spacers, which are fragments of viral DNA. That is, CRISPR is a kind of data bank with information about the genes of pathogenic agents. The Cas9 protein uses this information to correctly identify the foreign DNA and neutralize it, cutting it in a specific place.

The protospaceer corresponds to the sequence that was once “stolen” from the virus and became a spacer. Scientists use this molecular mechanism. The spacer encodes the crRNA, to which the Cas9 protein is then attached. Instead of crRNA, you can use synthetic RNA with a certain sequence – the RNA guide (sgRNA) – and point to the “scissors”, where you can make the desired cut.

The bacterium receives the spacers naturally, borrowing protospecers from pathogenic viruses. Once the fragment has been embedded in CRISPR, the protosphere becomes a sign that allows the microorganism to recognize the infection.

However, the use of CRISPR is not limited to this. Biotechnologists have found out that these “cassettes” can be recorded using pre-synthesized protospisers. Like any DNA, the protosphere consists of nucleotides. There are only four nucleotides – A, T, C and G, but their different combinations are capable of encoding anything. These data are read by the method of sequencing-the determination of nucleotide sequences in the genome of the organism. 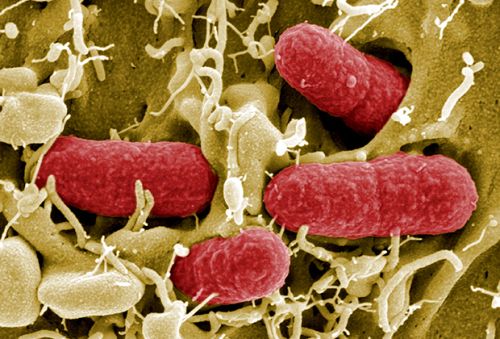 First, scientists encoded a four-color and 21-color image of a human hand. In the first case, each color corresponded to one of four nucleotides, in the second – to a group of three nucleotides (triplet). Each protosphere was a string of 28 nucleotides, which contained information about a set of pixels (a pixel). To distinguish the protospecers, they were marked with bar codes of four nucleotides. Inside the barcode, the nucleotide encoded two digits (C-00, T-01, A-10, G-11). Thus, CCCT corresponded to 00000001. This designation allows to understand in which part of the image the one or other pixel of this pixet is located.

However, it is not easy to introduce any sequence of nucleotides into the bacterium, hoping that it will incorporate it into its own DNA with a 100% probability. Therefore, the combinations of nucleotides in triplets were chosen not by chance, but so that the total content of G and C in the line was not less than 50 percent. This increased the chances of acquiring a spacer by a bacterium.

Protospecers were introduced into the Escherichia coli (Escherichia coli) population by means of electroporation – the creation of pores in the lipid membrane of bacterial cells by the action of an electric field. Bacteria possessed functional CRISPR and the enzyme complex Cas1-Cas2, which allows creating new spacers based on protospacers.

Microorganisms were left overnight, and the next day specialists analyzed the nucleotide sequences in CRISPR and read the value of the pixels. The accuracy of reading reached 88 and 96 percent for the four-color and 21-color hands, respectively. Additional studies have shown that almost complete acquisition of spacers occurred two hours and 40 minutes after electroporation. Although some bacteria died after the procedure, this did not affect the result.

Scientists noted that some spacers in bacteria were more common than others. It turned out that this was influenced by the nucleotides at the very end of the protospacer, and forming a motif (a slightly variable sequence). Such a motif, called AAM (acquisition affecting motif), ended with a triplet TGA. This biologists used to encode in bacteria animation. They created five 21-color frames with a running horse, shot by the American photographer Edward Maybridge. Their size is 36 by 26 pixels.

Each frame was encoded with a set of 104 unique protospisers, and the amount of information reached 2.6 kilobytes. Special nucleotide tags, which make it possible to distinguish the sequence of one frame from the sequence of the other, were not envisaged. Instead, different populations of bacteria were used. Thus, a single organism as an information carrier has not yet been used.

Scientists intend to improve this approach. However, while living creatures are losing a lot of conventional information storage. Such studies are aimed primarily at finding out the computational capabilities of DNA molecules, which can be useful for creating DNA computers that can simultaneously solve a huge number of problems. Living organisms are a convenient platform for scientific research, since they already contain enzymes and other substances necessary for modifications of nucleotide chains.