What will be the future? 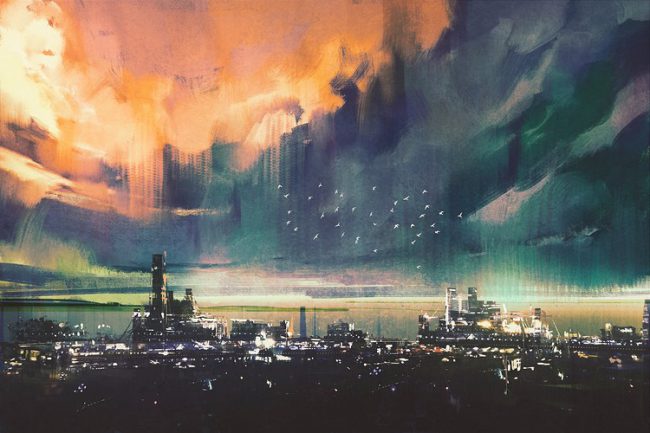 Letís imagine the future. Every one of us. You and I are. Perhaps you imagine a glittering city, sterile clean. Personal flying cars scurrying over our heads like insects, which pollinate magazania, near which the highest skyscrapers of Dubai fade. Technology won. We, the people, won. Or the future will be dark?

Disney the future was much more popular before the advent of weapons of mass destruction, and panic in the financial markets and the Internet, which made us cautious and cynical about humanity. Popular now future usually include inequality, war, the rise of the machines — 99% common with the future of Disney.

Of course, it’s a redundant cliche, but they stubbornly cling to pop culture. Utopia vs dystopia, eternal battle.

According to Kevin Kelly, editor of Wired, and futurist, none of the above. With the release of the new book, Kelly ‘The Inevitable’ (“Inevitable”), the author talked about his extraordinary vision for the future and about what he thinks about the tension between pessimism and optimism.

“Despite the widespread pessimistic view that the world is getting better and better hundreds, if not thousands of years,” said Kelly. Technologies give people more choices”.

Kelly optimistic, but does not support the disney point of view. The future will not replace the present, he says, will be built on it, layer by layer. In his opinion, the possible sci-Fi worlds are the most “worn”.

Today, for example, there is more old technology than the new — more from wood, stone and iron than silicon. Similarly, the world of tomorrow will be rough and smooth, high-tech and primitive, and people will live in completely different development of technological niches. Technology will solve old problems and create new ones, but the final outcome will be favorable.

You can call such a view a skeptical optimism.

Whatever happens, Kelly believes that technology is a force of nature. Nothing does, but we can selectively and carefully to move forward. The clearer we see how technological waves lining up on the horizon, the better we can saddle and bridle.

“The future is fast approaching and most people are not willing to most of its effects,” says Kelly. — People begin to worry about it and try to prevent his coming, being confused, so I help people to understand and accept it.”

He also believes that our worst fears are unfounded or impossible. Dystopia dangerous as explosions, and “very difficult to survive for hours, days or years.” The future belongs to the optimists.

“I think the future choose optimists,” says Kelly. — It is difficult to take responsibility for the thinking generation, if you’re a pessimist”.

The best way to look into the future, according to Kelly, is to evaluate major trends, without going into details. If you become a guest of an alien civilization, it will inevitably use the phone system or the Internet. But “iPhones” and Twitter? Unlikely.

It is also very difficult to predict where major trends will lead us. Kelly doesn’t think we are moving towards an apocalyptic explosion of intelligence, when godlike AI will present us perfect before the Golden age (or Armageddon). But he believes that the “soft version of the singularity” will occur, like when people invented the language.

“…as soon as we connect 7 billion people and 7 trillion machines and artificial intelligence it all will unite… things will happen at this level, that we even imagine, not to mention the fact, to assume”.