What will happen if the astronauts in the Martian simulation start a problem? 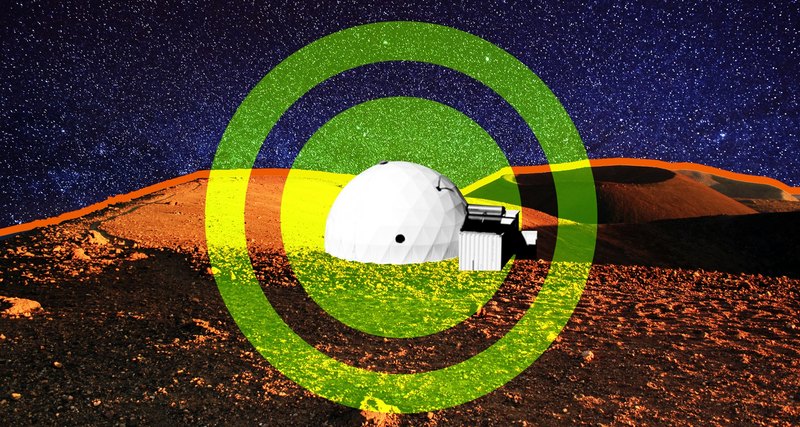 The last five years, experiments on survival in conditions that mimic the Martian are held more often. Future astronauts live in complete isolation as if they had already flown to Mars. But what happens if the experiment goes wrong?

Small groups of strangers live in a white dome near the volcano in the Hawaiian Islands for months. The task of this experiment is to test the future astronauts themselves. They should act exactly like real astronauts: eat frozen food, save water, sleep in tight rooms.

In February of this year, four future astronauts began their eight-month experiment. But four days later, for the first time in the history of the experiment, they finished the simulation. Perhaps the weather was to blame for everything. Four days the sky was hiding clouds, as a result, the charge of backup batteries running when the solar panels for natural reasons do not function has ended. When the team tried to reset the battery system, one of the team members touched the bare wire and received an electric shock.

Earlier crews received maximum scratches and bruises. The team understood that if they ask for help, the simulation will end, and it did not go right away. Potential astronauts practiced for a long time for the experiment, so before calling for help, they called 911 and asked for advice. But while the members of the team discussed the options, the wounded was getting worse. There was no doubt, and they called an ambulance, the doctors arrived and took the injured.

After the incident, one of the team members, Lisa Stoyanovski, sent a security report to the head of the study, Kim Binsted, where she voiced her concerns. When Binsted did not promise immediate action regarding her fears, Stoyanovski withdrew from the mission, thereby completing her for the whole team. It was an unprecedented action that put the entire project under attack. NASA and the University of Hawaii compiled different reports, and it is not yet known whether the project of this martian simulation will continue in principle. It is not very clear what the members of this team would do if they were really on Mars, and how they would go out of the mission. It is also unclear how the expedition would have been carried out without medical equipment and medical equipment in extraterrestrial conditions. In the meantime, it is clear that the project could not stand even the first serious incident. And what will happen on another planet, even difficult to imagine.