What will tell of ancient women from the cave 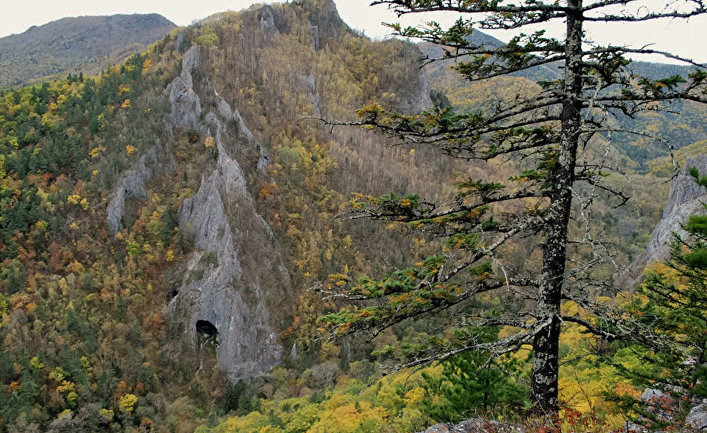 Samples of ancient DNA taken from the remains of two women found in a mountain cave in the far East of Russia, say that they have close family ties with people living today in this remote and cold area of Asia. The new discovery also indicates that in this region agriculture and livestock breeding spread through a gradual change in the culture, not because of an influx of people involved in farming and livestock breeding.

“The main thing is that found the chain intact and the continuity that persists for seven thousand years,” says mark Stonking (Mark Stoneking), working in the Leipzig Institute of evolutionary anthropology of the max Planck Society and did not participate in this study. Many other archaeological sites in Russia, Europe and America the situation is different. There the ancient people rarely are relatives of those living in these places today. This is due to the powerful waves of migration and mixing of populations since the advent of agriculture about 12 thousand years ago.

The remains of ancient women, whose age is 700 years, 7, were found in the cave of devil’s gate. This place has caused a particular interest in genetics Andre Manici (Andrea Manica) from the British University of Cambridge, because five human skeletons were found along with pottery, harpoons and the remains of nets and mats, woven from hard twisted leaf cane calamus, which some (but not all) scientists believe embryonic culture.

DNA samples were taken from teeth, ear bones and other bones of the skull two found in the gate of Bloody skeletons. Hungarian graduate student Veronika Siska (Siska Veronika) was able to sequence a sufficient number of the nuclear genome to compare it with hundreds of genomes of modern Europeans and Asians. The researchers found that two women out of the cave devil’s gate is closest to the indigenous people of the ulchis, who now lives a few hundred kilometers North of the caves in the basin of the Amur river. There Ulchi has long been engaged in fishing, hunting and a little agriculture. It was also discovered the relationship of these women with the other peoples who speak 75 existing or vanishing Tungus languages and live in Eastern Siberia and in China. In addition, it was revealed that their distant kinship with modern Koreans and the Japanese.

Externally, these women are also similar to people living today in the Amur basin. Their genes show that they had brown eyes, thick and straight hair like Asian people, skin color as the Asians, and the spade-like cutting teeth — the same as Asians. They were also lactose intolerant, meaning their body does not absorb the sugar in milk. It is therefore possible that they are not bred for dairy animals.

The Ulchi and other Amur groups, there is no indication that they inherited a significant amount of DNA of some other, later peoples what a research team reported today in the journal Science Advances. This indicates that they were part of one continuous ethnic community that has evolved in this region for at least 7 700 years. If so, then, farming in this remote and cold area of Asia brought large groups of migrants. Most likely, says Manica, they began to engage local hunters and gatherers who have accumulated experience in agriculture, gradually became part of their livelihood.

Some paleogenetic agree that the study discovered a striking connection and continuity between the ancient cave women and Ulchi. However, they disagree about how this area appeared agriculture: due to the spread of ideas or due to the influx of farmers, as in Europe. There is the Anatolian farmers from the Middle East 8-12 thousand years ago they came to Europe together with tools, seeds and domesticated animals, displacing or mixed with the local hunters and gatherers. “Two specimens from the caves of devil’s gate is hunter-gatherers, and this result tells us little about the distribution of [highly] of agriculture”, — said paleogenetic David Reich (David Reich) from Harvard University.

However, archaeologist Francesco d errico (Francesco d’errico), working in France at the University of Bordeaux, thinks otherwise. In his opinion, archaeology and genetics in Europe, and now in East Asia indicates that agriculture in different places spread in different ways. “This is a complex process, which in some cases, people migrated with their knowledge and tools, and some moved only tools,” says d errico, who was not involved in the study. According to the Stonking, the best way to test these hypotheses is to obtain samples of ancient DNA from the remains of the earliest farmers in the region.