When the animals appeared the skeletons? 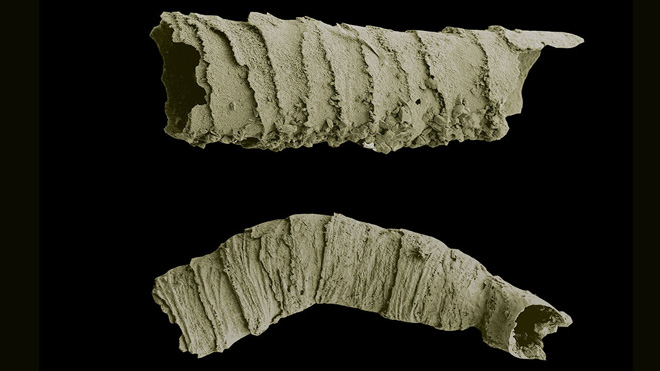 According the theory, 550 million years ago and had not existed before animals having a skeleton. Then, as scientists assume, the level of oxygen in the atmosphere has increased and the chemistry of the oceans has changed in such a way that in the aquatic environment began to form the minerals needed to create rigid structural parts of the body.

A new analysis of ancient layers of rock in Siberia confirms this hypothesis, showing that the age of the fossils the first animals with a skeleton coincides with the period of enrichment of ocean skeletal “building materials”.

“This work takes a big step forward in terms of how animals acquired skeletons and turned into those creatures we know today,” says study sedimentology Ashley hood from Yale University.

Today in the Earth’s atmosphere contains 20 % oxygen, but it was not always so. In the distant past, its concentration was less than 0.1 % of the current. Only 800 million years ago, for whatever reason, it is not clear to geologists, the oxygen level began to grow.

To understand the link between the increase in the oxygen level and the evolution of skeletons Rachel wood, geobiology from the University of Edinburgh (UK) and her team have studied ancient rock formations found in the depths of Siberia at the river Judoma. Rocks formed from layers of sediment that have accumulated in the ancient oceans contain not only fossils, but also the keys to unlocking the changing chemistry of the oceans at a time when, presumably, there were skeletons.

Scientists noticed a number of changes in the chemistry of the ocean during the ediacaran and Cambrian periods (from 635 to 485 million years ago). Breed up to the age of 545 million years was rich in dolomite, a mineral which is believed to have formed in the ocean when oxygen in the atmosphere was a little. Once the O2 level increased, rocks began to dominate the limestone.

The limestone in this Deposit contains minerals aragonite and calcite, necessary for the formation of skeletons in animals. Crystals of aragonite and calcite are formed much faster and with less energy consumption than the dolomite, allowing animals to use them to build a skeleton. In addition, the factors of erosion such as wind and rain impacted the continent with extraordinary strength, leading to leaching of calcium to the ocean. This further contributed to the development of the skeletons of marine organisms.

This skeletal revolution are reflected in the rocks. In layers, rich in dolomite, dominated by fossils of soft-bodied organisms, such as fossil Aspidella being which had the shape of a circular sheet or disk and sticks to the sea floor. Then, in the limestone, scientists have discovered the remains of one of the first known animals that have the skeleton creatures in the millimetre called Cloudina with a hard calcareous shell, reminiscent of the layering of cones of ice cream.

It looked like the origins of skeletal animals. Years passed, and they are embodied in such familiar forms as fishes, mollusks, dinosaurs, and, eventually, in humans.