When the climate on Earth will pass a “point of no return”? 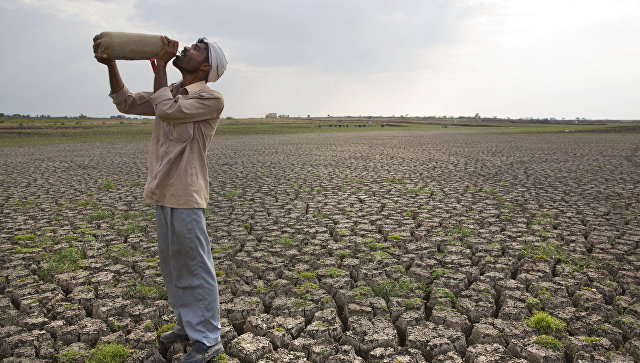 The average annual temperature on the Earth will grow by the beginning of the next century by at least two degrees Celsius, regardless of the actions of a person, which will make the climate of the planet irreversibly change, according to an analytical article published in the journal Nature Climate Change.

“Our research shows that keeping global warming at a level of two degrees Celsius is the most optimistic option out of all possible scenarios, which can only be achieved if we focus our efforts and take the most drastic measures to control greenhouse gas emissions over the The next 80 years, “writes climatologist Adrian Raftery of the University of Washington in Seattle, USA.

In December 2015, representatives of 196 countries concluded the first universal climate agreement in Paris, which is binding. In April, more than 170 states, including the United States, signed the document at the UN headquarters in New York. The signing of the treaty caused discontent among the American conservatives who consider it to be obviously unfavorable for the country.

If all parties to the treaty fulfill the obligations voluntarily accepted within the framework of the Paris agreement, global warming will slow down by the end of the century and stop at a mark of one and a half degrees Celsius, the authors of the document assert.

Rafteri and his colleagues found out that such forecasts are obviously impossible and too optimistic, figuring out how the GDP growth of the world’s leading states and the world’s population, as well as the intensification of the economy, will affect the amount of harmful emissions to the atmosphere.

Using data from observations over the past half century, scientists have tried to predict how the level of CO2 will change by 2100. In addition, they found out whether the obligations set out in the Paris Agreement were realistic.

As calculations have shown, current estimates and forecasts are overly optimistic – the “1.5-degree” bar is in principle unattainable. Keep the level at two degrees Celsius will be possible only if the US and the EU in the 21st century will show zero growth in greenhouse gas emissions into the atmosphere.

In a more realistic situation, according to Raffteri, the temperature on the Earth will grow by about 3.2-4.9 degrees Celsius, which will lead to irreversible changes in the work of the planet’s climate systems. Scientists also argue that the growth of the world population, contrary to the forecasts and opinions of some politicians, does not affect these indicators in any way.

It is noted that voluntary commitments to reduce emissions are not relevant for all countries. For example, Russia and Japan, as calculations show, must meet the proposed quotas, and the EU and the US, on the contrary, are unlikely to fulfill their promises if they do not concentrate their efforts on their implementation. A similar situation is observed in China. The government of the People’s Republic of China, according to Rafftery and his colleagues, will not be able to increase the energy efficiency of industry to the required level.

“Many countries have advocated for a 1.5-degree bar because the further increase in temperatures will lead to serious consequences for their residents.” Heatwaves, droughts and other extreme weather events, as well as rising sea levels, will be much more dangerous as temperatures rise Two degrees or more, in order to avoid this, serious changes are needed in the Paris agreements, “concludes Dargan Friarson, Rafeter’s colleague at the university.