When will come the oxygen catastrophe? 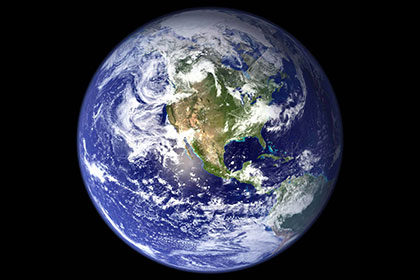 Geologists have described the timing of the onset of the oxygen catastrophe on Earth. According to them, global changes in atmospheric composition of the planet has occurred 2426-2460 million years ago.

To such conclusions scientists came after the Dating of igneous rocks from South Africa. In the studied samples with uranium-lead method, the authors found chemical evidence of a sharp increase in the oxygen content of the ancient atmosphere, corresponding, according to scientists, the timing of the onset of the oxygen catastrophe.

At this time, about 2.45 billion years ago, the planet was almost completely covered with snow and ice (the polar ice caps extended almost to the equator), and the hydrosphere was almost isolated from the atmosphere.

Previously, scientists believed that oxygen catastrophe occurred about a hundred million years later than suggests a new study. In a paper published in may 2016 in the journal Nature Geoscience, the reason for the oxygen enrichment of the planet’s atmosphere Geophysics called tectonic activity.