When will the sun wake up? 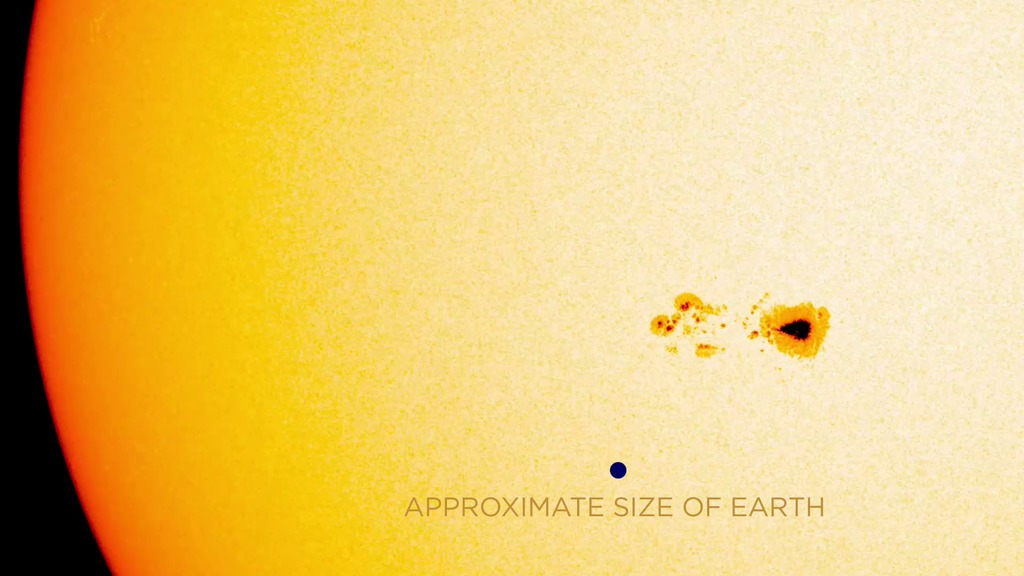 The period when the activity of the Sun falls, is called the period of low solar activity. Solar activity is most often said about sunspots, which, although they look small on the Sun, are in fact many times the size of our planet.

July 12 this year, NASA’s American Space Agency specialists created a video of Sunspots so that a common man could imagine what they are. Scientists warn that distance can significantly distort the notion of scale.

When solar activity is at its peak, there are many sunspots on the Sun, and often they are quite large in size.

According to NASA representatives from the Solar Dynamics Observatory SDO, at the moment our parent star is not very active. Her activity will not return until 2020. After that there will be quite a lot of spots on the Sun.

The image shown above shows a large sunspot, which is slightly larger than the Earth (this can be seen in the comparative photo). This image was taken from NASA video, recorded during the period from 4 to 11 July by SDO cameras.