Where are the arms of the Venus de Milo? 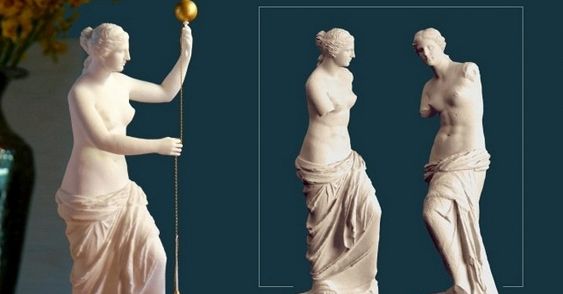 In art the Venus de Milo call the true standard of female beauty. In addition, this sculpture is called one of the most well-known. However, Venus is surrounded by many mysteries and myths, especially when it comes to her hands.

The Creator of the sculpture – Agesander Antioch. And made a beautiful Venus it is 100 BC. However, found the sculpture only in 1820. Found the Venus de Milo the sailor of France and a farmer, dug in the ruins of the amphitheatre.But, not listening to the advice of a farmer to ask permission to export values, the sailor decided to leave the sculpture on the island. Later he had to serve, and the sculpture was found the next treasure hunter: the patron Saint of the sea, Jules Dumont d Charvil. In that time, while he was heading to Istanbul to get permission to export sculpture, came to pick her up the next “hunters” – the Turks. During the struggle between the French and the Turks for obtaining historical values, and Venus fought off both hands.

Researchers are still trying to answer the question, what exactly could their hands to do Venus. Some are inclined to think that in her hands was a mirror, and others – that Venus, like the goddess Nike, holding a shield. Not so long ago, Elizabeth Weiland did in his book, the assumption that the most likely Venus was engaged in the yarn, as its pose is very similar to the one that took women during this lesson.Designer Kosmo Winmenu really liked this idea and he decided to show a digital version of how it could look like the Venus de Milo, busy yarn. According to him, a ball of yarn and tools were made from wood and subsequently covered with a thin layer of gold.

However, like any hypothesis, this still requires improvements and more detailed study.