Where do female moles have testicles and why do they need them? 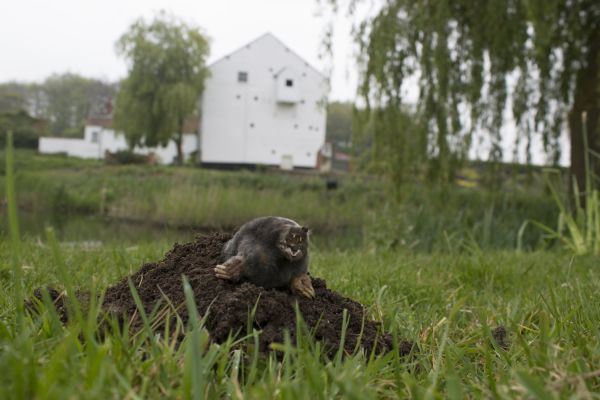 If anyone from the animal world knows everything about trench warfare, it is moles. For them, it is as follows: faced in underground tunnels face to face with the enemy, there is no time to invent maneuvers and seek shelter. All that matters is the strength of your rage.

To help the female moles survive in this cruel world, evolution has bestowed on them a generous dose of “mad rage” along with the intermediate signs of male and female sex, namely, a unique element of anatomy called ovotestis. Ovotestis is a rare phenomenon in mammals, when the animal develops functional tissues of both the ovaries and testes, which are combined into one organ. The testis tissue of female moles produces more male sex hormones, including testosterone. With all this, the females maintain fertility.

Researchers now have a better understanding of how this amazing transformation happened.

“Sexual development in mammals is a complex process, although we have a pretty good idea of ​​how it happens,” says geneticist Dario Lupianes of the Max Planck Institute for Molecular Genetics. “At some point, sexual development usually progresses in one direction or another, male or female. We wanted to know how evolution modulates this sequence of developmental events, providing the intersex characteristics we see in moles. ”

The team of scientists found out exactly what genetic characteristics led to the development of ovotestis in female moles. For the first time, they sequenced the entire genome of the Iberian mole (Talpa occidentalis) and examined it, comparing it with the genome of other animals, including the genome of star-nosed moles, another mammals with ovotestis.

As a result, genetics found that the reason for the simultaneous development of ovarian and testes tissues in female moles is the inversion of the DNA sequence in the area that is just involved in the development of the reproductive system, and also in the fact that the sequence responsible for the production of androgens is repeated three times in Iberian moles …

It is because of these changes that female moles acquire testicular tissue in addition to ovarian tissue. Intersexuality has become a winning form of survival for them, while other organ systems and the development of the body as a whole are not affected by these changes.