Where evolution will lead man 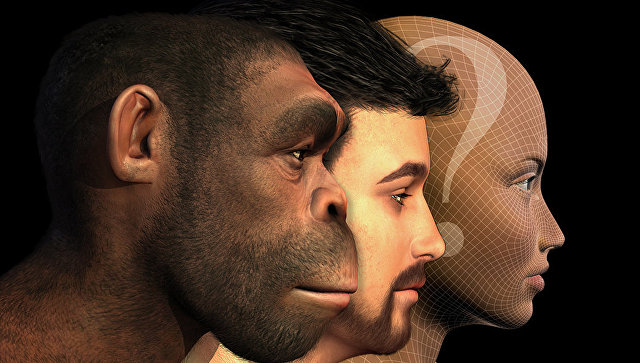 People will suffer from congenital blood disorders, but will become resistant to malaria. The development of computer technology will significantly reduce the human brain, and men will disappear due to mutations in the Y-chromosome. These are possible scenarios of human evolution over the next few million years. The RIA Novosti correspondent reviewed several dozen studies and identified five signs that people are most likely to have in the future.

Evolution fixes useful signs and discards unnecessary ones. A good illustration of this is the human foot. Of course, our legs are different from the extremities of great apes, but still they give out tree animals to us, although millions of years have passed since the ancestors of man changed their way of life.

Beginning with the Afar Australopithecus (3.5–2.5 million years ago), which can be considered practically terrestrial animals, and up to the modern man, our main point of support and movement became more and more compact. The toes were constantly shortened due to the middle phalanges. This is clearly seen on the little finger, the phalanxes of which in many people are completely shapeless and cohesive from birth.

“It is clear that the future of our foot is in the disappearance of the fingers. Land animals always come to the fact that there are fewer fingers. The champion here, without a doubt, is the horse. But people have an opportunity to surpass her too: the development of transport will allow them to do without legs. But the problems of varicose veins and fungus on the nails will disappear, ”Stanislav Drobyshevsky, associate professor of the Department of Anthropology at the Faculty of Biology, Moscow State University, writes in the book“ The Distinguishing Link ”.

The sixth finger will appear on the hands.

Changes in the shape of the feet led to the evolution of the upper limbs, according to the work of American and Canadian scientists. Having collected a huge array of data on the size of the arms and legs of humans and chimpanzees, scientists created a mathematical model that proves that the slightest changes in the shape of the feet lead to the transformation of the hands.
But if with the further evolution of the foot everything is more or less clear – shortening and splicing the fingers, the disappearance of the arch of the foot, then the scenarios for changing the shape of the hands may be different, and further development of technologies will affect, among other things, their implementation.

“Now our brush is incredibly primitive, it stubbornly maintains the plan for the structure of carbon stegocephals. But it cannot go on forever. Grachization has already weakened our hand, but this is not the limit. Like any extreme element of the skeleton, the little finger is especially at risk. On the one hand It is convenient for them to knock out the extreme buttons on the keyboard, but new data entry technologies already allow to do without fingers at all. On the other hand, if the keyboards continue their evolution, then the sixth finger will not hurt. Polydactyly regularly occurs by itself. Why would not gain a foothold useful feature – postmizintsu “- said Drobyshevskiy.

Brain will decrease, intelligence will deteriorate

Man has the largest brain among primates, its size has steadily increased in the last seven million years, from 300 to 1,500 cubic centimeters. About 25 thousand years ago, the trend reversed: the brain gradually dries out, scientists believe. To date, the main human organ has lost in size about five percent (from 1,500 to 1,425 cubic centimeters in men).

As anthropologists from the University of Chicago have found out, mutations in the ASPM gene that people have experienced in the Middle East and in Europe about six thousand years ago are to blame. Today, most of the representatives of the human population are carriers of this mutation, so the brain will continue to decline.

Given the rapid development of technology and human dependence on them, a decrease in the brain is likely to be accompanied by a drop in intelligence. And the widespread use of gadgets will lead to an increase in the lacrimal glands, which are necessary to sufficiently moisturize the eyes. So, a group of scientists from Columbia University (USA) found that the constant use of the Internet is bad for memory.

“People don’t try to memorize something if they know that they will then be able to find this information using a search engine,” the authors say. 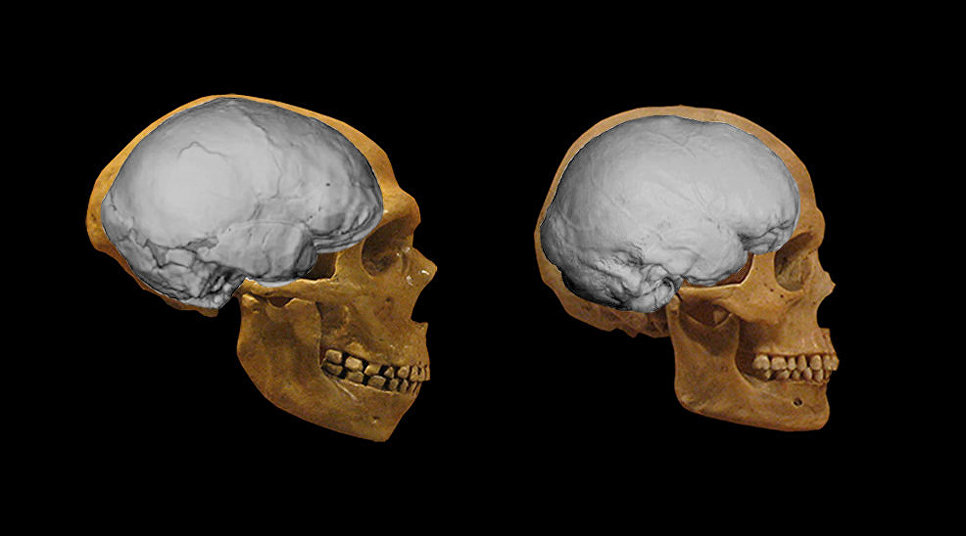 Scientists believe that the brain of Neanderthals was more than the brain of our immediate ancestors – Cro-Magnons.

The brain accounts for about two percent of body weight, and it consumes 20 percent of the total energy produced by the body. In other words, the large brain requires a powerful metabolism. But our digestive system was never very large, and after the human ancestors came out of the forest into the savannah, began to use tools and eat a lot of meat, it began to gradually decline.

Mastering the fire and cooking in various ways has further reduced the digestive system. Following the intestines, the jaws were tightened. Since the time of the Afar Australopithecus, the size of the teeth, and consequently, the jaws, has decreased by about ten percent. And this process is still ongoing.

However, warn American researchers, the transition to external digestion (and cooking can be so qualified) has already brought a lot of harm to man. Diabetes, hypertension and cancer – the result of changing the eating habits of our ancestors. Therefore, it is possible that further reduction of the digestive system is fraught with new problems with metabolism.

Part of humanity will receive congenital blood diseases. This is how people can adapt to the malaria virus and HIV, say researchers at the University of California at Berkeley (USA). Among the inhabitants of Africa, there is now a selection for mutations that will allow their carriers to resist diseases, live to reproductive age, but these mutations are associated with blood diseases – in particular, thalassemia.

In the future, women will become more beautiful. As established by researchers from the University of Helsinki, more attractive women give birth more. And among their offspring dominated by girls, who also grow into beautiful women. And over time, this trend is only increasing.

However, American anthropologist Ian Tattersol is skeptical about the assertions about the ongoing evolution of man. There are a lot of people on Earth (almost seven billion), they often move from place to place, constantly mixed up – there are no more isolated marriages. Therefore, the time and opportunity to fix useful mutations just does not remain. Consequently, man cannot evolve — he draws such a conclusion in the book Becoming Human: Evolution and Human Uniqueness.