Where is the highest point on Earth? 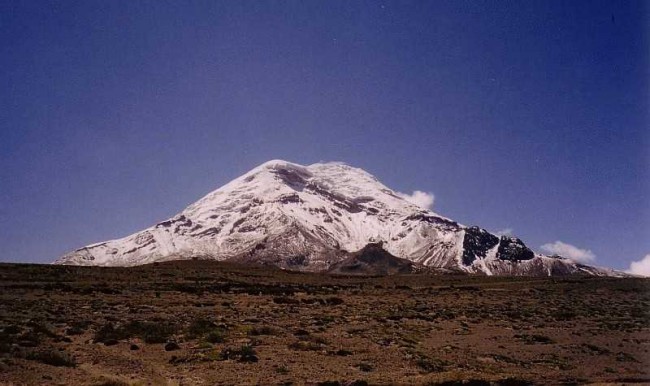 Wherever asked this question, the answer will always be “mount Everest”. However, few people think about the meaning of this question. Most people on the planet don’t try to think twice and immediately respond to it the same way. Everest. So no wonder when we compare the highest mountains on other planets in our Solar system (e.g., mount Olympus on Mars), make sure you compare have put Everest. The truth is that Everest is not the highest point of planet Earth.

Feature of our planet is that instead of a perfect sphere the Earth is a flat spheroid. So the places that are close to the equator, usually from the center of the planet are much greater than those that are found at its poles. Considering this fact, the Everest, like all the Himalayas, can hardly be called the highest point on the planet.
The earth as a sphere

Understanding that the Earth is a spherical body, came to the people in the 6th century BC. Be the first to know the ancient Greeks. And although this theory is credited to Pythagoras, it is likely that equally it could appear by itself as a result of travel between the Greek settlements. The fact that the sailors began to note changes in the position and the visibility of stars depending on the latitude.

To the 3 rd century BC the theory of a spherical Earth began to acquire a scientific value. By measuring the angle of shadows falling in different geographical locations, Eratosthenes (276 BC — 194 BC) Greek astronomer from Cyrene (in modern Libya) — was able to calculate the circumference of the Earth with an error of 5-15 percent. With the rise of the Roman Empire, and borrowing of Hellenistic astronomy the theory of a spherical Earth spread throughout the Mediterranean and Europe.

This knowledge has been preserved through the passing them from generation to generation by the monks, and also thanks to the scholasticism of the middle ages. The Renaissance and scientific revolutions (mid 16th — end 18th century) settled in the geological science and the heliocentric views. With the advent of modern astronomy, more accurate methods of measurement and the possibility to look at the Earth from space, mankind is still able to see the true shape and size of our planet.

To clarify a bit the situation: the Earth is not a perfect sphere, but not flat. In the first case, I want to apologize to Galileo, in the second — the flat Earth society. As mentioned above, the Earth has the shape of a flattened spheroid, which in turn is a consequence of the peculiarities of rotation. At the poles it is as if flattened, and the Equatorial — stretched. Many outer Solar system objects have the same shape (take at least Jupiter or Saturn). Even fast-rotating star, for example, one of the brightest, Altair, have the same form.

Naturally, you should consider some topographic changes in certain areas, where some objects near the equator are closer to the center and others farther from the center of the Earth compared to other objects in a given region. The most notable exceptions are the Mariana trench (the deepest place on Earth, a depth of 10 911 metres) and mount Everest, whose height above sea level is 8,848 meters. However, these two geological features represent a very minor difference, if you take into account the overall shape of the Earth. The difference in this case is only 0.17 percent and 0.14 percent, respectively.
The highest point on Earth

In fairness, we note that Everest really is one of the highest points on our planet. Height at its peak is 8488 meters above sea level. However, due to its location in the chain of Himalayan mountain range (27 degrees 59 minutes North of the equator) it is actually lower than the mountains in Ecuador. 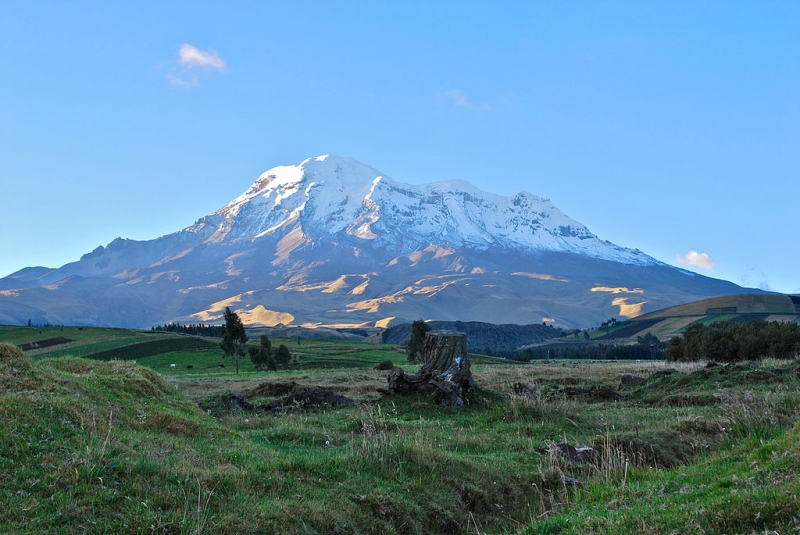 It is here, where is the Andes mountain range, is the highest point on planet Earth. The height of the mountain Chimborazo is 6263,47 meters above sea level. However, because of its location (1 degree 28 minutes South of the equator) to the high protruding part of the world its total height from center is about 21 kilometers.

If we consider the issue from the point of view of the distance from the Geocenter, Everest is located on the course, 6382 kilometers from the Earth’s center, while Chimborazo is located in 6384 kilometers. The difference is only about 3.2 kilometers, which at first glance may seem quite insignificant. However, when we are talking about the title “most-most”, to be exact.

Of course, even after these explanations there will be people who with confidence would be to say that mount Everest is still the highest point of the planet, if we consider the height from the foot (base) and up to the peak. Unfortunately, they are mistaken. Because in this case the title of the highest mountain goes to the mountain Mauna Kea, a shield volcano, located on Hawaii island. The height of the mountain from the base to the top of Mauna Kea is 10 meters 206. It is the highest mountain on our planet. However, most of the mountains goes back a few thousand meters deep into the ocean, and therefore we can only see its top height of 4207 meters.