Whether there can be in the parallel Universe other copy you 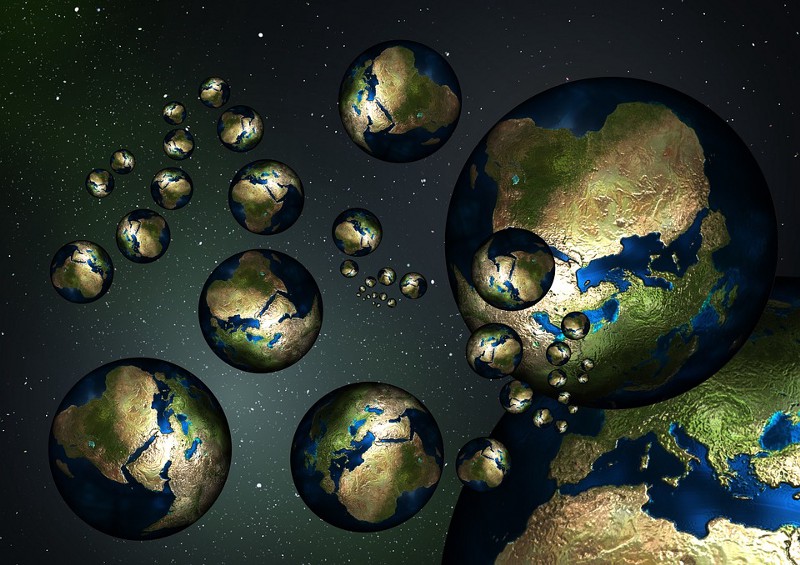 One of the most interesting to discussion and reflections of subjects — the idea that our reality, our Universe, can be not the only version, the schedule of the taking place events. Perhaps, there are other Universes, with other versions us, another stories and outcomes of events, not such, as at us. As for physics, from the scientific point of view this subject is extremely interesting too. Here what actually the science says about whether it can be the truth or not.

The Universe as far as can see the most powerful telescopes (even in the theory), is huge, a massivn and a bike. Including photons and a neutrino, she contains 1090 particles which have stuck together and grouped in hundreds of billions or trillions of galaxies. Each of these galaxies contains about one trillion stars (on average) and all of them are scattered on space in the sphere with a diameter of 92 billion years if to look from our position. But in spite of the fact that our intuition prompts to us, it doesn’t mean that we are in the center of the final Universe. Actually, all data indicate that everything is strict on the contrary.

And so we have received the rich Universe abounding with many generations of stars; sverkholodny background, afterglow of the Big Bang; the galaxies which are running up the quicker, than further they are. Limits seen by us are set by distance which light proputeshestvovat from the moment of the Big Bang. 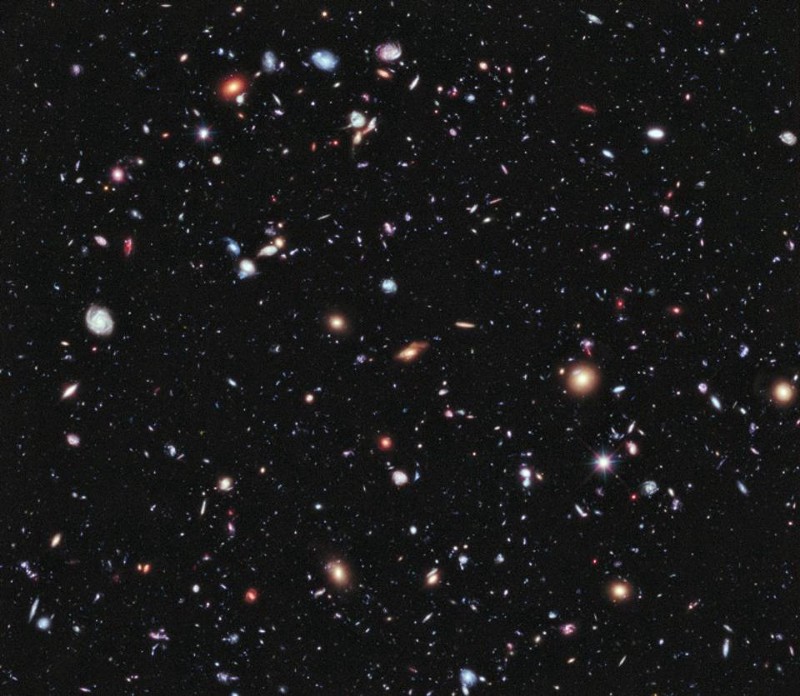 But it doesn’t mean at all that there is no other Universe outside the site available to us. Actually, we have all bases to believe that the Universe can be almost infinite. Is observant we can measure several various interesting sizes, including spatial curvature of the Universe, it is how uniform and smooth from a line item of temperature and density and as developed eventually.

It appears, the Universe almost flat spatially, is uniform, and beyond its limits, most likely, there will be just the same Universe, as well as our, stretched on hundreds of billions years in all directions which we won’t see any more. But if to return back in time, to wind off history to the Big Bang, it is possible to find something even more interesting. To the Big Bang of the Universe there was other stage.

This stage, the period of cosmological inflation, describes a phase of the Universe which was filled with matter not habitual to us and radiation, and the energy inherent in the space: and in this condition the Universe extended exponential. That is expansion happened not to a certain speed, and was developed rather as the put sheet of paper — in two, four, eight, sixteen, thirty two times and so on.

Now, obviously, the Universe not always continued to extend thus because we here, so inflation shall come to the end and give rise to the Big Bang. It is possible to provide that inflation begins at top of the flat hill and like a sphere slowly slides down. While the sphere remains near top and slowly slides, inflation continues, and the Universe extends exponential. As soon as the sphere rolls down down to the valley, inflation comes to the end, and energy dissipates. The energy inherent in the space will be transformed to matter and radiation. We pass from an inflation condition into the Big Bang. 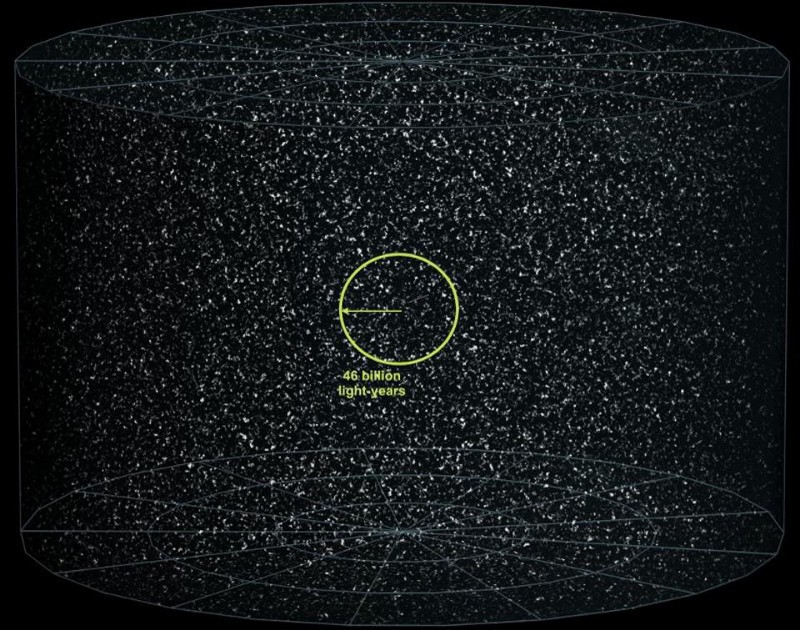 Before we move further, It should be noted several important things:
Inflation is not a sphere, not the classical field — and it is rather a wave which extends eventually, like the quantum field.
It means that in process of a current of time when more and more space because of inflation is formed, certain areas probably observe the end of inflation, and others — its continuation.
Areas in which inflation came to the end give rise to the Big Bang and our Universe; in others inflation continues.
Over time, because of dynamics of expansion, no two areas in which inflation came to the end will be able to interact or face. Between them there will be areas with the continuing inflation which will part forcibly the first.
It should be noted that we know not so much about this inflation condition therefore faces a set of uncertainty and opportunities:

We don’t know how many the inflation condition lasted before came to the end and led to the Big Bang. The Universe can be or not much more than that that we see, either it is much more, or in general infinite.
We don’t know whether areas in which inflation came to the end are identical, or strongly differ from our own. It is quite probable that there is unknown physical dynamics which leads to the fact that all fundamental constants — the mass of particles, forces of interactions, amount of dark energy — are identical to all areas where inflation came to the end. It is also possible that in different areas there will be a different physics.

And if these Universes everything are identical, speaking about laws of physics, and the number of these Universes is truly infinite, and multiworld interpretation of quantum mechanics is quite fair whether it means that there are parallel Universes in which everything occurred in the same way as in our Universe, apart from one tiny quantum result? 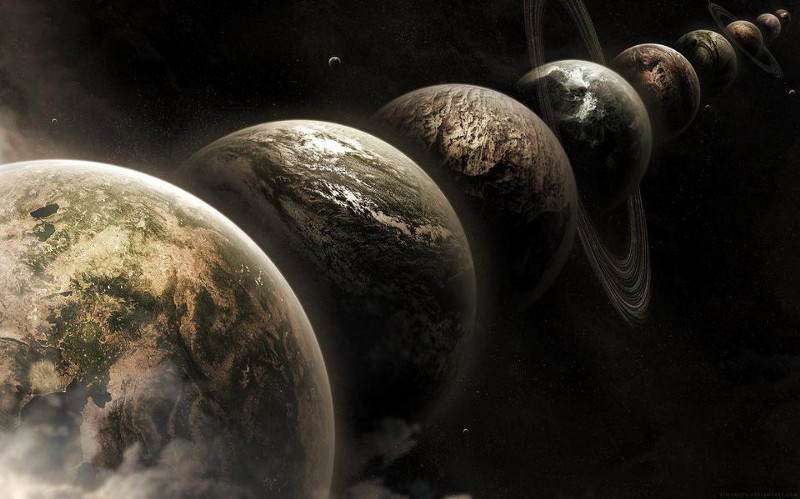 In other worlds everything could occur as well as in ours, apart from one tiny detail because of which your life went absolutely some other way …
When you chose work over the ocean, but didn’t remain in the country?
When you interceded for the girl and didn’t give her in offense?
When you kissed her at parting, but just didn’t allow to leave?
When at any turning point something didn’t allow you to lose it?
Just ponder: what if there is a Universe on each of possible outcomes of events? If probability of existence of such Universe not zero, but the number of such worlds is infinite, everything means perhaps? Only for this purpose there shall be much “if”. The inflation condition owed remain not just long, and infinite. 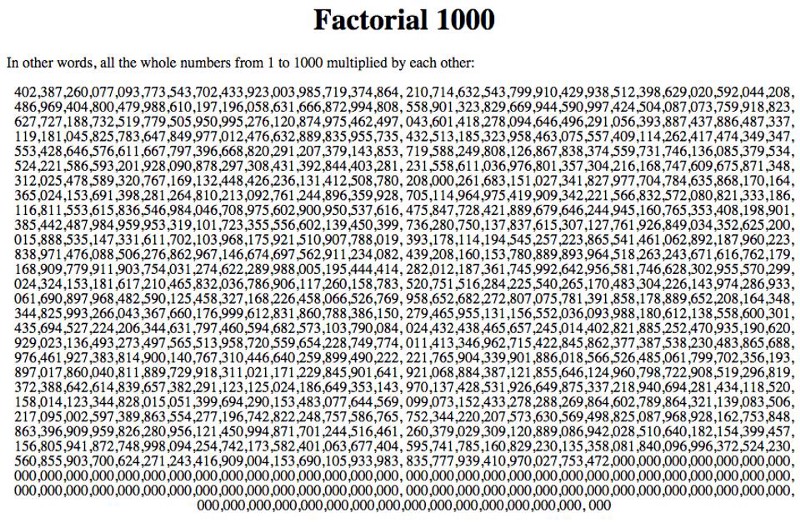 Factorial thousands: all numbers from 1 to 1000 multiplied among themselves

But in the Universe not of 1000 particles, but 1090. Every time when two particles interact, result not one — the whole quantum range of results. In the Universe there are much more possible results, than (1090)!, and this number is many gugolpleks more, than insignificant 1010^50.

In other words, the number of possible result of interaction of particles in any Universe aims at infinity quicker, than the number of the possible Universes because of inflation increases. Even if to put aside such questions that there can be an infinite number of possible values of fundamental constants, particles and interactions whether and even to postpone questions of interpretation, for example, multiworld interpretation describes our physical reality, the fact that the number of possible outcomes increases so quickly — much quicker, than just in a geometrical progression — that if inflation proceeds actually infinitely, there will be no parallel Universe, identical ours.

It means that there can be a huge number of the Universes, with other laws and we designate. But they aren’t enough to give us alternative versions themselves. What does it mean for you?

That there is no other copy you anywhere in the world. Also there is no future which for you someone will choose another. Therefore live this life as it nobody else wouldn’t live in all parallel Universes.