Which houses do insects choose to settle in? 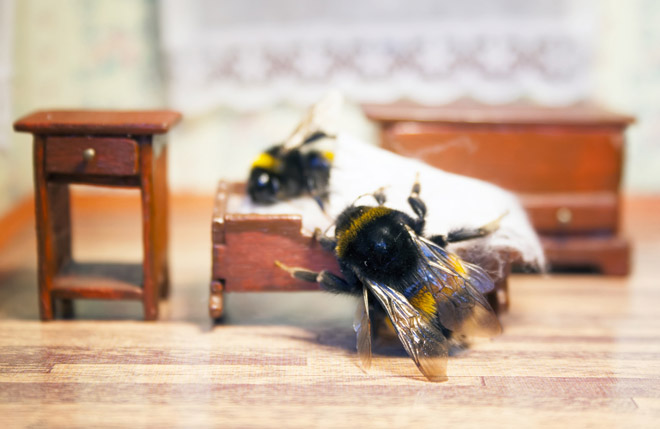 Small, yes remote, insects always lived next to people’s houses. Now scientists have decided to find out, by what principles this inconspicuous living creature chooses where to settle. Considered different parameters of human dwellings: from the number of storeys of the building to the cleanliness of its owner.

Employees of the California Academy of Sciences, the State University of North Carolina and the Museum of Natural History of Denmark published a scientific paper in the Scientific Reports magazine and reported that the largest number of insects live in densely populated houses, on the ground floors, and in rooms with carpets and a multitude of windows.

“We are just beginning to realize and study how the way we do our home affects the space we create for small forms of life,” says Dr. Misha Leong, author of a study from the Academy of Sciences.

For their scientific work, the authors reviewed 50 homes in North Carolina and found that the higher the number of storeys at home, the less insects there. The rooms on the first floor, in contrast, have distinguished themselves with rich biodiversity. More different types of creatures were also found in those rooms where there were carpets.

Different types of insects, as it became clear, prefer different types of spaces. So, ladybugs, senoids, fruit flies often live in the living rooms than in the bathrooms and bedrooms. Cellars, as a rule, have a unique fauna: spiders, centipedes, grasshoppers, ground beetles, mites are most often found there.

Another interesting and unexpected discovery – the purity of the house has virtually no effect on how many different creatures live with people.