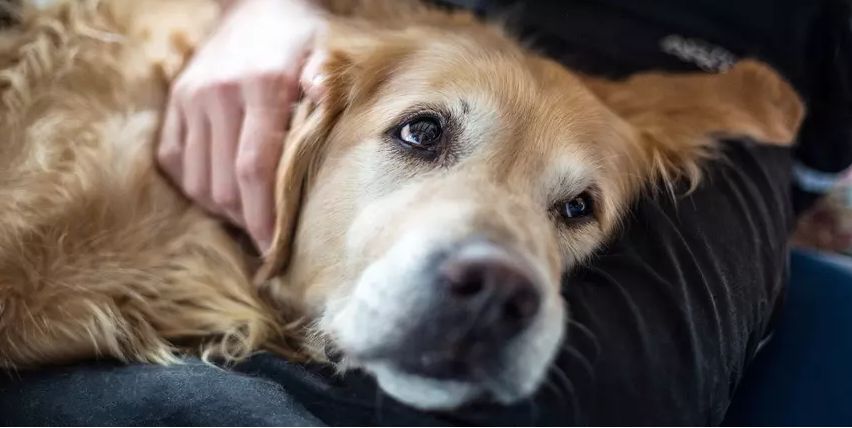 More recently, it turned out that domestic animals can also become infected with the monkeypox virus from humans. This became known in the course of a study published in The Lancet. But dogs are not the only pets at risk of infection.

Recently, scientists have discovered that dogs can contract monkeypox from their owners. The symptoms of the disease appeared in the pet, according to a study published in The Lancet, 12 days after the signs of the disease appeared in the owners themselves. Experts believe that the virus could be transmitted to the animal through contact with bedding.

At the same time, health experts note that monkeypox infection in pets is a rarity. This can happen only with very close contact with an infected host.

According to Dr. Laurie Teller, president of the American Veterinary Medical Association, studies show that mice and rabbits can become infected with the monkeypox virus.

Which pets can get monkeypox and what to do if it happens
Monkeypox symptoms in pets include loss of appetite, fatigue, fever, bloating, coughing, nasal discharge, or crusting on the nose. True, all this can also be a sign of most viral infections or respiratory diseases.

Even the rash that is characteristic of monkeypox can also indicate many other diseases. Moreover, if within three weeks after infection the pet has such a rash or two other clinical symptoms, then you should contact your veterinarian.

If you suspect that your pet has monkeypox, or if it has already been confirmed in the clinic, then you need to isolate him from other animals for at least 21 days. Also, for the same period, you need to contact him directly as little as possible.

Owners of a pet with monkeypox should wash their hands frequently and use personal protective equipment. That is, wear goggles, gloves, a mask, a disposable gown when caring for an animal or cleaning up after it. If there is still no bathrobe, then instead you need to wear clothes that completely cover your skin. After contact with the dog, these clothes should be immediately removed and washed. Among other protective measures, experts single out disinfection after direct contact with the animal of bed linen, food utensils, etc.