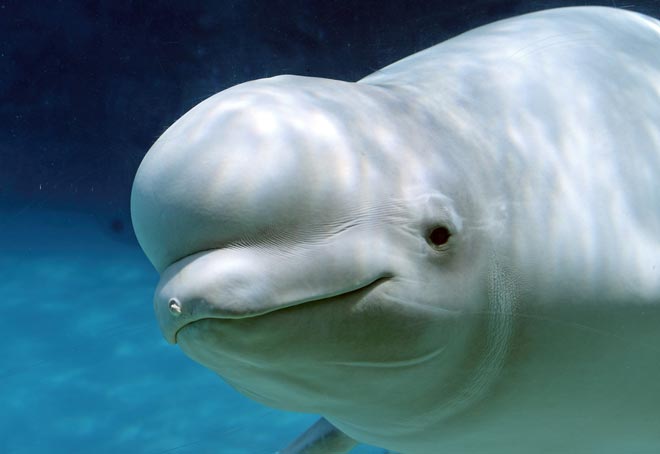 In 2013, a four-year beluga was placed in the Crimean dolphinarium in Koktebel, where the bottlenose dolphins lived. Two months later, scientists discovered that the whale had learned to speak the language of dolphins, forgetting its own.

“Two months after the housewarming, we discovered that the whale began to imitate the whistle of its neighbors, while one of his own calls completely disappeared from his” speech, “says Elena Panova, a researcher at the Russian Academy of Sciences in Moscow.

She noted that imitations of whistling dolphins were regularly recorded in the beluga, but among the bottlenose dolphins there was only one case when they produced short sounds similar to those that the beluga published.

In general, dolphins communicate using two types of sounds – whistling and clicking. The click is used to sense their surroundings through echolocation, and whistling to communicate with other members of their species-that’s what the whale took it.

Beluga whales are very intelligent. There is a well-known case when they even tried to imitate human speech. In 2012, the animal began to emit sounds similar to human ones, appealing to their captors. However, the researchers argue that the case in Koktebel is more interesting, since the whale not only mastered a foreign language, but also abandoned the native.

By now, scientists have recorded more than 90 hours of vocalization of a whale, similar to a dolphin.