Who has the biggest sperm and eggs? 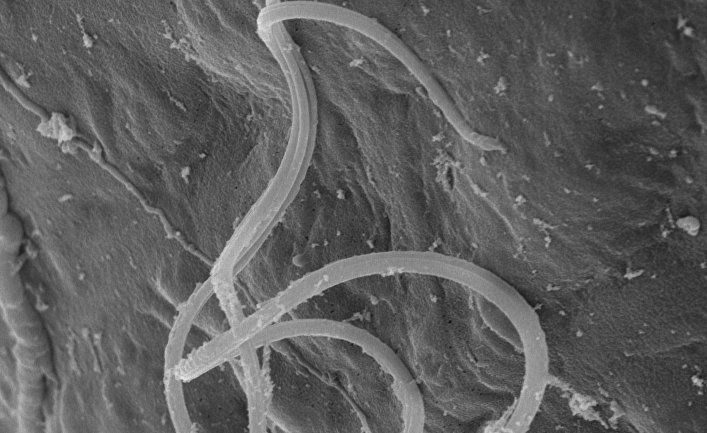 Sperm is the smallest cell in the human body, and at the same time one of the most complex. The egg, on the other hand, is the largest, but no less complex. If we take a look at what the sex cells (or gametes) are in representatives of the animal world, we find that their diversity is simply astounding.

Spermatozoa and ovules of different animals can be incredibly small – many times smaller than human, and can be truly enormous, the correspondent of BBC Earth found out. On what does it depend and who is the champion?

Sperm is the smallest cell in the human body, and at the same time one of the most complex. The egg, on the other hand, is the largest, but no less complex.

If we take a look at what the sex cells (or gametes) are in representatives of the animal world, we find that their diversity is simply astounding.

Most biological species have two gametes, we define them as masculine and feminine.

“The gametes perform two fundamental functions: a) provide a sufficient zygote (a fertilized egg that develops into a specimen) and protective shells, and b) find germ cells of the same biological species and fertilize them,” explains Matthew Gage from the British University of East Anglia.

“It’s equally difficult to do both, because each function has its own specific features and requirements that affect both the size and the number of cells.”

“On the one hand, for the sex cells responsible for the survival of the offspring, a large size with sufficient nutritional potential is important, so the ovules produced by the female individuals appeared and developed,” he continues.

“On the other hand, we need gametes that optimally fulfill the task of penetrating the egg and fertilizing it, so evolution has ensured that spermatozoa produced by males have a sufficient number.”

Why are spermatozoa so different – both in size and shape? For researchers here – there is a lot of work.

Logically, it can be assumed that the smaller the living organism, the less its spermatozoa. However, this is not always the case. Moreover, the longest known spermatozoon is in a tiny fly.

The fly of the fruit fly (Drosophila bifurca) produces a spermatozoon in the form of a ball. When scientists managed to unwind this tangle to its full length and measure it, it turned out that the spermatozoon of a small fly reaches almost 6 cm. This is 20 times longer than the body of a male individual of this Drosophila itself.

In a study in 2016, a truly giant drosophila by the standards of a fruit spermatozoon was compared with the tail of a peacock. That is, he was supposed to evolve evolutionally to such length due to the fact that female individuals preferred just such long ones.

However, more does not always mean better. At the other end of the scale – the shortest of the known spermatozoa – wasps-parasitoid, Cotesia congregata. It is less than 7 micrometers (0.0007 cm).

As Ronda Snook of Sheffield University (UK) says, there are several possible explanations for such large differences in the size of spermatozoa.

Snook’s research showed that natural selection left only spermatozoa, the most optimal for reproduction of shape and size.

It may seem strange that they won both short and long, but all this is determined by the circumstances of the development of a particular species – or rather, by competition and selection criteria.

When female individuals mate with many males, spermatozoa compete with each other, and only the healthiest of them will win this tough competition and impregnate the egg.

Such conditions gave birth to a lot of variations – including the long spermatozoon of Drosophila.

As an example of supercompetitiveness, you can bring the sperm of the lice, which forms chains of small capsules that help each other, and the seminal fluid of some flies and beetles that poisons the sperm of competitors.

One of the most common tactics used by males is the installation of a so-called copulatory fuse that blocks the spermatozoa of other males with access to the eggs. Copulation cork is used by spiders, bumblebees, squirrels and even some primates.

But by and large for a male individual, it all boils down to achieving an advantage either by producing a large amount of sperm, or a small number of sperm, but more powerful.

The choice depends on several factors – for example, on how long the sperm should make or how much energy remains in the male body after all the mating rituals that precede mating.

For example, in a study of 2015, it is suggested that larger mammals produce smaller spermatozoa, since the reproductive tract of their females is larger. And it sounds logical – after all the more the field, the more players need.

Among other things, there is also a “riddle of women’s choice”: in some biological species, a female can choose whose spermatozoa will fertilize her eggs.

“We do not know much about this process: whether such a variety in the shapes and sizes of spermatozoa is the result of this very” mysterious female choice “, or it all comes down to competition,” Snook muses. “But as in most of the issues facing science, it’s likely to be a combination of several factors.”

With female ovules it is all equally difficult.

The largest egg among living creatures is the ostrich. It is 20 times heavier than a hen’s egg – its height reaches 15 cm, width 13 cm.

Tim Burkehead of the British University of Sheffield is the author of The Most Perfect Thing: The inside (and outside) of a bird’s egg (“The most perfect thing in the world: inside and outside the bird’s egg”). According to him, in the world of birds, the size of the egg is usually proportional to the size of the body, although there are exceptions.

Burkhad argues that the key factor in determining the size of the eggs of a particular species is the rate of embryo development.

Species of those species, whose chicks develop rapidly, lay large eggs, he says.

Here it should be noted that we are a bit inconsistent in how we use the word “egg”.

Compare the female ovum of a man, whose diameter is 0.12 mm, with a chicken egg 55 mm long. The thing is that a chicken egg is not only an egg, it has many other functions.

While women nurture their offspring in the abdomen, the eggs carrying the eggs (for example, chickens) must provide their children with enough of everything necessary to develop outside the mother’s body.

For this, the latter create a special structure, which we habitually call the egg and which gives the germ food, water and protection (shell) from external influences.

And this is not some strange whim of nature – most of the living beings (birds, insects, fish) do just that.

As Burkhad points out, here too, there is an evolutionary compromise and variation: for some species, eggs are the best option, for others – small, but many.

At least, one thing is clear: if you want to see the smallest eggs in the world, you will need a microscope.

According to a survey of studies done in 1994 by entomologists at the University of Florida (USA), the smallest eggs lay small tiny parasites.

Not surprisingly, the data on such microscopic eggs is extremely difficult to find. In the same survey in 1994, the tiny smeater-parasitoid Clemelis pullata is mentioned, which has the smallest eggs known to science: 0.027 to 0.02 mm.

However, no one has yet investigated the sex cells of mimarids, miniature os-parasitoids (parasitic riders). These insects are one of the smallest on the planet, from 0.5 to 1 mm in length. It’s easy to guess that the eggs they lay are very, very small.