Why a turtle shell? 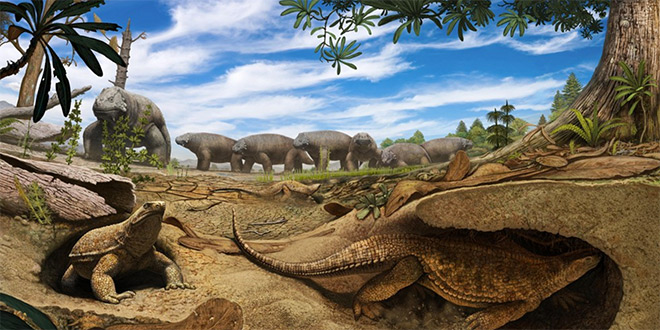 Why a turtle shell? The answer to this question seems obvious — to protect! But a new study conducted by an international team of scientists showed that the original turtles got shells for digging.

Scientists have studied the fossil remains of the “protocetidae” type Eunotosaurus africanus age of 260 million years, discovered in South Africa, eight-year-old boy. According to the new theory of the researchers, the climate in that region was so hot that the turtles were rescued from under the ground. A wide rib, which replaced the soft tissues, animals were given a solid Foundation by which they could have used the front paws for digging.

As the ribs of turtles have become wider, their effectiveness in lung ventilation decreased. But increased use when traveling. Over time this division of functions has led to the fact that turtles could simultaneously be breathing and walking around.

Nowadays, the shell performs primarily a protective function. Like other parts of the skeleton, bony carapace is a source of calcium in the formation of the shell of the egg.