Why aging is a disease 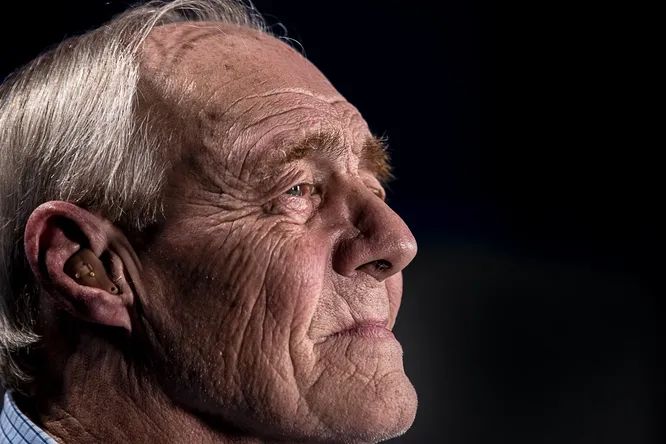 We take aging for granted, as a process that inevitably happens to everyone. But there are animals that do not age over time. Can we view this process as a disease? And if so, what is the cure for it?

Today, not only the state, but also we ourselves spend a significant amount of money to maintain our health in the last years of our lives. But the situation can change if we perceive aging as a disease and try to treat it, and not just age-related diseases.

We live longer, but not necessarily better. The population of the United States over 65 is projected to double by 2060 – one in five people will reach retirement age – and the number of Americans in need of long-term care will increase. A new study shows that by targeting aging itself, rather than the individual diseases associated with it, we can significantly improve the quality of life of older people and reduce health care costs.

As we get older, certain complications arise that are more likely to be exacerbated by aging on its own. Aging is biological changes over time that lead to decay and ultimately death. It increases the risk of chronic diseases such as type 2 diabetes, heart disease, cancer and Alzheimer’s disease. As life expectancy has increased throughout the 20th century – and is expected to increase by another six years by 2060 – the impact of these age-related diseases on public health has become more pronounced.

The traditional medical approach is to treat diseases when they occur. A growing field of research called gerontology instead asks the question: what if we could extend the number of years of healthy life rather than just living as long as possible? In a new study, scientists found that extending healthy life expectancy by just 2.6 years could bring the economy $ 83 trillion.

This will reduce the incidence of cancer, dementia, cardiovascular disease and make more elderly people more active on their own. In total, today each person spends 17% of all the finances that he generates on health care – and this spending mainly occurs in the last years of his life. Today, a person who turns 65 in the next few years will spend an average of $ 142,000 to $ 176,000 on long-term treatment over their lifetime, according to a recent report from the US Department of Health and Human Services.

Fifteen percent of Americans over 65 will be living with at least two people with disabilities by 2065, the same report says. This will further increase the need for outside help for older people around the world. The authors of the new study argue that measures to slow down aging and to make it healthier can have great benefits, because there is a feedback loop – the more successful society is in improving the quality of life of older people, the higher the demand for subsequent innovation in the field of gerontology and the higher the economic effect of them.

Strongyloidiasis, tape worm, tape worm cysts, larva, hook worms, flukes lung, liver, blood, intestinal, amoeba giardia, salmonella, staff, strep, my personal favorite toxoplasmosis, these are the agers the killers, the corruption of the flesh. There are no tests in modern meds. Only energic testing is valuable, then its on to play the hit the head as it pops up in rotation with the right med and follow-up with antibiotics as the buggers decay. Creeping along connective tissue theses all all all spread around the body in nodes and home base style think of the day after tomorrow movie. NO one will read this and then even if read they will deny deny deny. I am just having fun. Every single malady except with rare exception of genetic disorder which is still likely form bugs, is from infection and guess what happens as the magnetic field of the earth decays we loose are ability to fight it all off. Look around it is what the world is witnessing as they all go crazy from bugs, actually comical in a super sad way. It takes years to fight and few if any have ever done it. \Every ache, every unhealed injury (weakness is prayed upon just like in the wild), every idiotic diagnosis of auto immune that’s uttered (attacking what?? the body? give me a break), is the body attacking the bugs or misfiring from infection. Every circle of skin aging marks, every pimple or mark, moles and all the other fun and games of aging. There has never been found a reason to age I wonder why? IBS give me a break. lots of non smelling gas is strongyloids, smelly stinking dark stools- flukes, hook worms eat cartilage, cramping stones, liver enzymes bugs bugs bugs bugs. brain fog dementia, Alzheimer heart attack you name it you got it Toyota.
From my tower in Mordor my gaze pierces cloud shadow earth and flesh. So take your pills lotions potions from millions of web sites see what it does nothing at all. viva la tribendimidine the one and only daily vitamin that comes with a spectacular kick. Huxheimers (spelling?) is just die off with no plan or direction as infection is released so much fun so little knowledge. Or maybe its just auto immune and humarra is needed for sure. It must be the last as i am not a doctor nor a medical professional and can give no advise or direction and should be considered an idiot.

responding to my corporate mate of the last post.

The cure is coming, cant you feel and smell it? Its everywhere time is ticking to over and out. Only two masters only two princes, one of darkness one of light (ps the light guy is for life in the spirit the dark guy for death and natural law)