Why are bees smarter than humans? 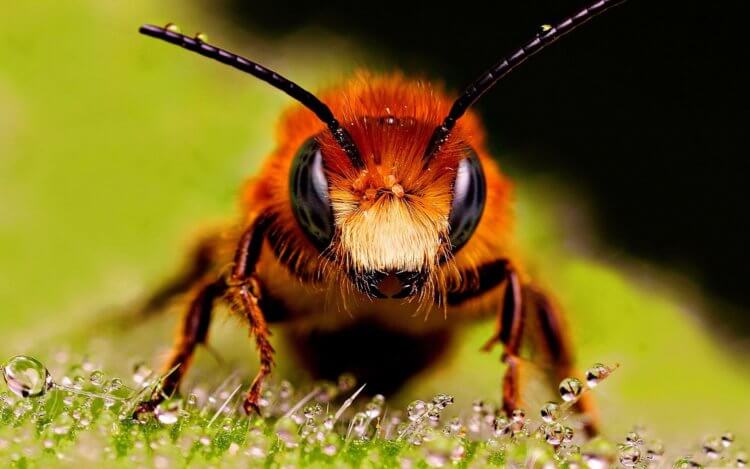 As many of you may know, honey bees are amazingly smart: they can count, solve some problems, and even adequately evaluate their own abilities and capabilities. However, did you know that insects, whose brain hardly exceeds the size of a pinhead, can accurately recognize the handwriting of an artist? According to mentalfloss.com, the intellectual capabilities of bees can even exceed human performance. How is this possible? Let’s try to figure it out together in this article.

Can bees be smarter than humans?

Despite the fact that the theory of bees, whose intellect can surpass the human one, sounds somewhat original, scientists from the University of London found that bees learn to fly along the shortest route between flowers, after analyzing all possible options for their path. In order to do a similar job, modern computers compare the length of all possible routes, choosing the shortest of them. In doing their daily work of extracting honey, the bees do not use any very complicated technologies, while instantly determining the shortest path in order to save energy.

In order to prove their theory, scientists conducted an experiment using computer-controlled artificial flowers that periodically changed their location. Having studied the arrangement of flowers, insects quickly rebuilt their route, again and again tuning in to the shortest path. Scientists note that such a useful quality of honey bees can be used in planning business supply chains, in analyzing the flow of information on the Internet, as well as for better traffic distribution on the roads. Understanding the possibility of how bees can solve their everyday problems with such a tiny brain, we can improve our own management of everyday networks without requiring a lot of computer time.

In addition to the insects having unique abilities when orienting themselves on the ground, bees are able to plan and build the most cost-effective “buildings”. So, it is known that for the construction of honeycombs, honey bees use a minimal amount of wax, while erecting the most effective structures in nature – ideal hexagons with walls that connect at an angle of 120 degrees.

One of the most controversial and incredible experiments, which was able to show the intellectual capabilities of bees, was an experiment conducted by scientists from the University of Queensland. In order to find out whether the Lepidoptera are capable of perceiving figurative information, the bees were launched into special boxes consisting of two separate chambers. In one of them, bees were waiting for sugar syrup, while the other chamber was empty. In order to help the bees determine the correct location of the syrup, the researchers placed images of Picasso and Monet paintings above the entrance to each of the chambers, over and over again replacing some paintings with others. After a short “training”, the bees learned to recognize the style of the picture, which proves the ability of insects to analyze and generalize complex information.