Why are green meteors? 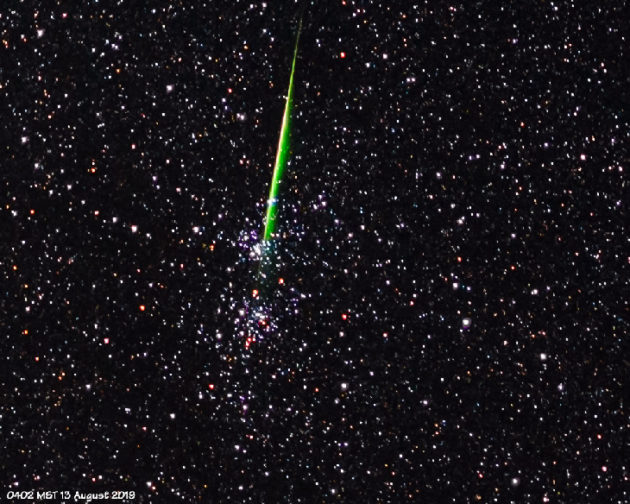 Why are so many meteors exactly green? During the recent Perseid meteor shower, observers witnessed hundreds of green meteors. Photographer David Blanchard of Flagstaff in Arizona said that a green meteor flew right through the double star cluster h and x Perseus. He took this shot using a 30 second shutter speed on his Nikon camera.

Green is caused by oxygen in the Earth’s atmosphere. When a meteoroid flies through the atmosphere, the air in its path becomes so hot that oxygen molecules lose one of their electrons for a short time. Fast recombination occurs, a side effect of which is green photons. A similar process is also responsible for the green color of many auroras. This meteor also has a yellow streak – when a sodium-rich meteoroid pierces the atmosphere, hot sodium vapor glows yellow, as in a sodium discharge lamp.