Why, as a neurosurgeon, I believe in free will 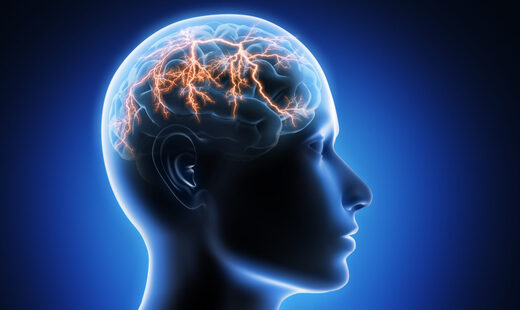 The spiritual aspect of the human soul, sadly, leaves its signature in epilepsy.

In his classic book, Mystery of the Mind, (1975) epilepsy surgery pioneer Dr. Wilder Penfield, asked a significant question: “Why are there no intellectual seizures?”

Epileptic seizures can be experienced in a variety of ways — convulsions of the whole body, slight twitching of a muscle, compulsive memories, emotions, perceptions of smells or flashes of light, complex motor behaviors such as chewing or laughing or even walking, or subtle moments of inattention.

An intellectual seizure would be a seizure that caused abstract thought, such as logic, or reasoning, or mathematics. People never have, for example, mathematics seizures — seizures in which they involuntarily do calculus or arithmetic. This observation, which is as true today as it was in Penfield’s time nearly a century ago, begs for explanation.

Penfield concluded, quite reasonably, that this was because intellectual thought didn’t come from the brain. Intellectual thought (Penfield called it “mind”) is an immaterial human power. There is more to the mind than matter. Penfield began his career as a materialist. He ended it as a convinced dualist. There was, he noted, an aspect of mental function that wasn’t a material product of brain chemistry.

Higher intellectual functions don’t have wholly material causes. There is an immaterial aspect — a spiritual aspect — to the human soul that can be demonstrated by science, and it leaves its signature, sadly, in this peculiar aspect of epilepsy.

My own experience is the same as Penfield’s. I’m a neurosurgeon, and I’ve treated thousands of patients with seizures. I’ve never seen an intellectual seizure. During a seizure, patients experience all sorts of things, from total loss of consciousness and shaking of the whole body to the most subtle muscle twitch or a moment of inattention. But patients never think abstractly as a part of the seizure. There has never been a report in the medical literature of an intellectual seizure.

This remarkable characteristic of epileptic seizures may tell us more than just the fact that dualism provides a better scientific understanding of the mind-brain relationship than does materialism. Epilepsy tells us something important about the reality of free will.

It is common among materialist neuroscientists and philosophers to deny the reality of free will. In their view, nature is deterministic, and all of our mental processes, including our ability to choose one option rather than another, are determined completely by our biology and chemistry.

We don’t have any free will to speak of, they insist. We are meat robots, deluded into believing we can freely choose. Our neurons and neurochemicals choose for us, they claim, and we have no genuine moral responsibility.

The debate about free will is profound and complex, bringing together arguments about physics, biology, neuroscience, and philosophy. But the fundamental argument of materialist free will deniers is that all of our thoughts and behavior is determined by our brains. The brain really makes our choices.

The strongest defense of free will is the argument that the will is immaterial. This is the classic Aristotelian view — that will is the immaterial rational appetite that follows on abstract reason.

But not all aspects depend on it, in the view of free will defenders. Despite our servitude to our material bodies, we retain a rational immaterial power of choice, based on reason and logic. We are influenced by material factors, for sure, but we can counter them — often with great difficulty — by reason and free choice. In many things, particularly involving moral law, we are tempted but not compelled.

Following from Penfield’s observation about the lack of intellectual seizures, I ask this question of free will deniers: Why are there no free will seizures? If all of our choices — our thoughts and actions — are caused wholly by brain chemistry, why don’t people occasionally have seizures that trigger involuntary will? Why don’t we have morality seizures? Why don’t people with epilepsy occasionally have seizures in which they repeatedly keep the Sabbath or involuntarily honor their father and mother or compulsively don’t covet? This never happens.

If we are meat robots, without free will, why don’t the brain processes supposedly driving our un-free will on occasion give rise to ‘free will’ seizures?

This is a scientific question. It is a testable inference: If the will is a material process in the brain, seizures should occasionally evoke the will, just as seizures evoke muscle movements and smells and emotions and even memories.

Free will deniers would no doubt argue that will is so complex that a seizure would be unlikely invoke it. That’s not entirely correct because some acts of will — the refusal of an alcoholic to accept a drink or of a married man to gaze at an attractive stranger — are quite simple, merely a veto and not a complex act. Yet there are no sobriety or chastity seizures.

And of course, materialists may argue that the evidence isn’t in yet. This is promissory materialism — the claim that while the evidence doesn’t support materialism to date, it will if we just trust (materialist) scientists and give them a few more years.

But the evidence provided by seizures is massive. Worldwide, there are about 35 seizures per 100,000 people per year. That corresponds to 2.5 million seizures worldwide annually. If we assume a century of serious scientific study of seizures, that means that there have been a quarter of a billion seizures in the modern era of neuroscience. Not a single moral seizure has been reported.

So I challenge free will deniers: if the brain causes the will, and we are deluded into thinking that we can freely choose moral right and wrong, there should be free will seizures. Where are they?

Michael R. Egnor, MD, is a Professor of Neurosurgery and Pediatrics at State University of New York, Stony Brook, has served as the Director of Pediatric Neurosurgery, and award-winning brain surgeon. He was named one of New York’s best doctors by the New York Magazine in 2005. He received his medical education at Columbia University College of Physicians and Surgeons and completed his residency at Jackson Memorial Hospital. His research on hydrocephalus has been published in journals including Journal of Neurosurgery, Pediatrics, and Cerebrospinal Fluid Research. He is on the Scientific Advisory Board of the Hydrocephalus Association in the United States and has lectured extensively throughout the United States and Europe.