Why cats are afraid of cucumbers: fear and psychology 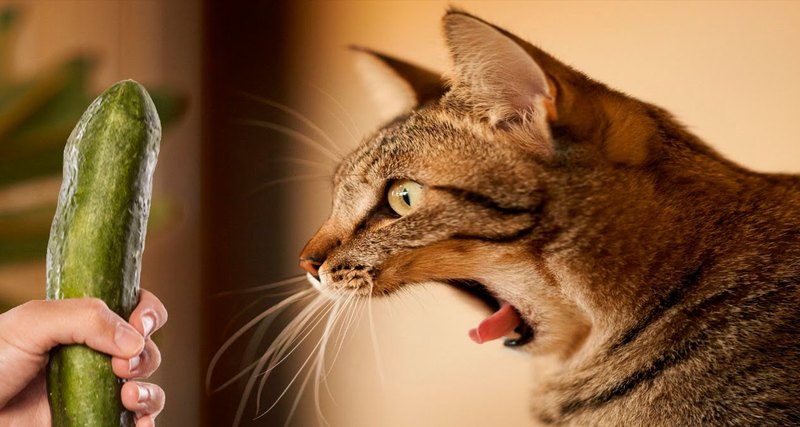 Internet users play their domestic cats with a completely innocent trick, which leads to a surprisingly interesting result. It is worthwhile to put the cat, while he is eating, an ordinary cucumber, like a cat, seeing a completely innocuous vegetable, runs away in panic. Why this happens, no one understands.

It is interesting that this should be a long-bodied cucumber, and put it quietly, so that the cat did not notice anything. When he turns around and notices an unexpected object, sometimes an extremely unexpected reaction occurs. The trend is gaining momentum on the Internet and is held under the tag “cucumbers scaring pets.”

Animal behavior specialist, Dr. Roger Magford, comments on the unexpected behavior of the feline: “I think the reaction is primarily to the surprise that an incomprehensible object appeared right behind them while they were eating. Cats are always suspicious of any innovation: a cucumber in their eyes may well seem like a snake or some other predator. I suspect that the same reaction can be to a model of a spider, a plastic fish or a mask. So it’s not about cucumbers as such, but in the unexpected context of their appearance. ”