Why did blue whales become the biggest animals on earth 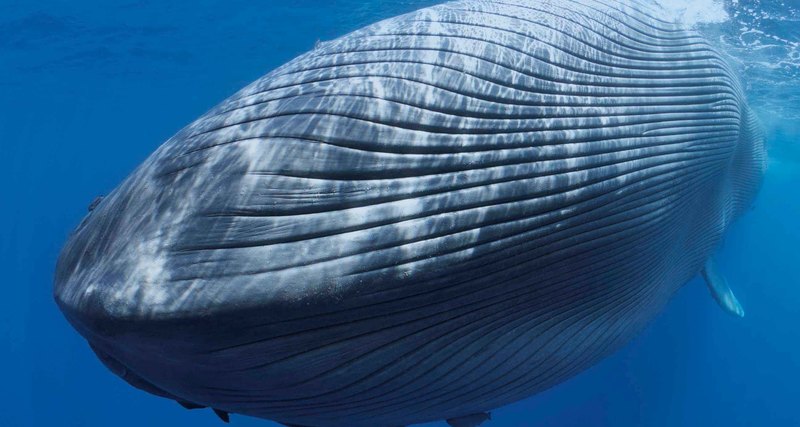 Scientists have deduced a new hypothesis of how the blue whales, the largest creatures on Earth, managed to reach such phenomenal sizes and not die of hunger.

Blue whales are the largest animals that ever existed on Earth. More than science dinosaurs and mastodons, an adult blue whale can reach 30 meters in length and weigh up to 191 tons. These animals actually look like aliens from ancient times, when giants roamed the Earth. Scientists have developed a new theory about how a modern animal managed to maintain such dimensions.

Whales eat krill – small crustaceans, which are found in all parts of the World Ocean. The simplest explanation is that climate change has led to the fact that the krill mass has become centralized in certain areas, and this has enabled one whale to eat much more intensively than others. Jeffrey Goldbogen, the head of the Standford Laboratory for studying baleen whales, says that such a theory allows us to explain the size of whales, but does not give any specifics. “They appeared 20 million years ago, but evolutionary gigantism began to appear relatively recently – 3-5 million years ago,” says the scientist.

In his new article, Goldbogen considers a strategy in which a whale could grow from a 10-ton to a 100-ton creature in just a few million years. This immediately led him to the idea that gigantism is directly related to the glacial period, which took place to be 2.6 million years ago. At that time, the winds caused the outflow of coastal, surface waters deep into the ocean, so that they were replaced by deep, subsurface water layers. This phenomenon is called upwelling, and it helps to increase the inflow of nutrients into the ocean.

The glacial period led to an increase in the flow of water from the mainland to the ocean, and upwelling in turn filled the water with “fertilizers”. Two of these factors resulted in abnormal, ultra-dense concentrations of krill in certain regions. “As a result, we live in an era of marine giants: the modern oceans are extremely rich in areas in which the concentration of krill is extremely high, so that huge animals do not experience food problems,” the author writes. However, he predicts that climate change in the future implies a reduction in both habitat and fodder base for large marine animals, which makes them environmentally vulnerable.