Why did I send twenty laboratory mice to the ISS? 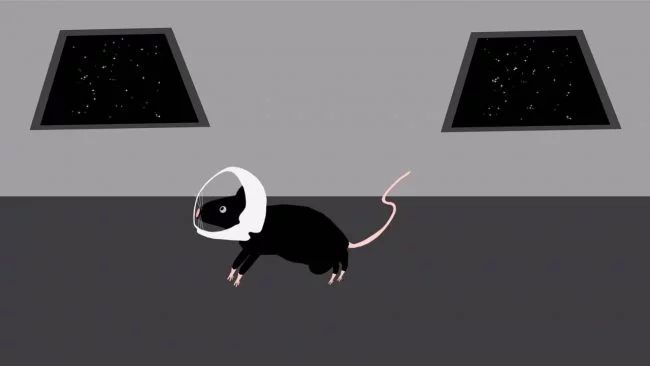 Yesterday SpaceX launched the Falcon 9 missile at Cape Canaveral. Where? To the International Space Station, naturally. This time the rocket was stuffed with the most interesting cargo – a cure for cancer, algae, a robotic assistant and … a mouse. Twenty brave laboratory mice went to conquer the ISS. According to the plan, ten mice will hold a record 90 days in orbit, and ten others will return to Earth after 30 days. Scientists from the Center for Sleep and circadian biology at Northwestern University will study how space changes the circadian rhythms of the mice (biological processes that occur in the 24-hour cycle), the microflora (bacteria and other organisms that live on the body and inside), and other physiological processes.

This study will be a continuation of another CSCB experiment. Astronaut Scott Kelly spent a year aboard the ISS, and his identical twin Mark remained on Earth for control. It turned out that staying in space influenced the expression of 7% of Scott’s genes.

Twenty mice sent to the ISS also have identical twins that will remain on Earth, at NASA’s research center. They will live in the same conditions as the space brothers – under the same lighting, temperature, loads – only with a three-day delay.

Scientists expect that accurate replication of conditions will provide a more accurate understanding of the impact of space on the human body. Given that the mission to Mars is likely to take several years, we need to thoroughly investigate this issue before sending real people to the Red Planet.

Although 90 days may not seem very long term, this is equivalent to nine years of our lives, so the little mouse could be our chance to find out what happens when we spend a considerable period of life outside the Earth’s atmosphere.

More details about other experiments that will begin with the Friday launch of Falcon 9, read here.