Why did the representatives of the ancient African megafauna disappear 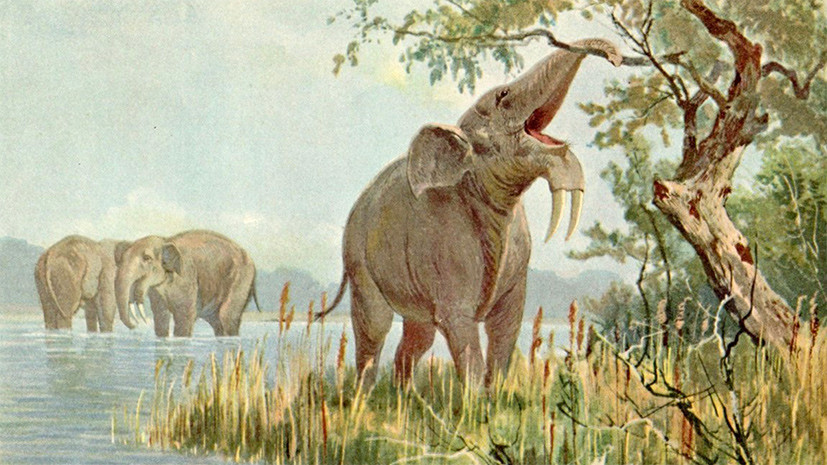 The ancestors of man are not to blame for the disappearance of the African megafauna, argue American scientists. It used to be thought that the extinction of large herbivorous animals was a consequence of the anthropogenic factor. However, experts at the University of Utah found that the number of large mammals on the African continent began to decline due to climate change 4.6 million years ago. That is, more than a million years before our ancestors learned how to make tools. During this period, the level of carbon dioxide in the atmosphere began to decline, which led to the death of trees and shrubs in the savannah. As a result, the ancient giants lost their usual food and began to die out.

The main reason for the disappearance of ancient giant animals in Africa was not the activity of human ancestors, as previously thought, but gradual climatic changes. Previously, scientists assumed that the ancestors of man hunting for them were to blame for the extinction of representatives of the African megafauna.

However, a new study by experts from the University of Utah (USA), published in the journal Science, shows that the process of extinction of giant animals began more than a million years before human ancestors learned how to make tools and weapons.

Scientists believe that the number of large mammals began to decline due to climate change.

Millions of years ago in Africa dinoterias lived – relatives of modern elephants, whose weight could exceed 15 tons, Sivateria – the largest ruminants, members of the giraffe family, and many other herbivorous mammals.

However, about 4.6 million years ago, all these giants of the animal world began to disappear. Today in Africa there are only five species of large herbivores: hippopotamus, giraffe, elephant, as well as white and black rhinos.

Anthropologists led by Associate Professor of Anthropology at the University of Utah Tyler Faith analyzed data on all large herbivorous animals weighing more than 900 kg that have inhabited Africa over the past 7 million years.

“We found that a steady decline in the diversity of the African megafauna began about 4.6 million years ago. Moreover, the process of extinction of large mammals began more than a million years before the earliest evidence that human ancestors made tools or butchered animal carcasses and long before the appearance of any kinds of hominids really capable of hunting them, such as Homo erectus, ”said Faith.

It is noted that the earliest stone tools could be used about 2.4 million years ago, and a significant level of hunting activity of human ancestors began only 50 thousand years ago.

Scientists analyzed data on the climatic and environmental situation of that period, in particular on the content of carbon dioxide in the atmosphere, as well as on the concentration of stable carbon isotopes in the teeth of ancient herbivorous animals, which made it possible to determine the ratio of plants in their diet.

It turned out that about 4.6 million years ago, the level of carbon dioxide in the atmosphere began to decline. Because of this, large trees and shrubs began to gradually die, giving way to pastures. The savannah vegetative cover began to change, becoming more open and treeless, and large mammals lost their usual food.

“Over the entire history of mankind, the impact of the anthropogenic factor on the biodiversity of the Earth has been significant and sometimes catastrophic. But in this case, our ancestors are innocent. The disappearance of giant mammals is associated with changes in the environment, ”said Faith.

“Our study shows that climate change and the environment have played a key role in the extinction of animals in Africa,” added Faith.

In this case, co-author of the study, Paul Koch from the University of California, added that it was the disappearance of giant herbivores that could lead to the extinction of representatives of predatory megafauna, such as saber-toothed tigers, who hunted large prey.