Why do ancient Egyptian statues have their noses broken? 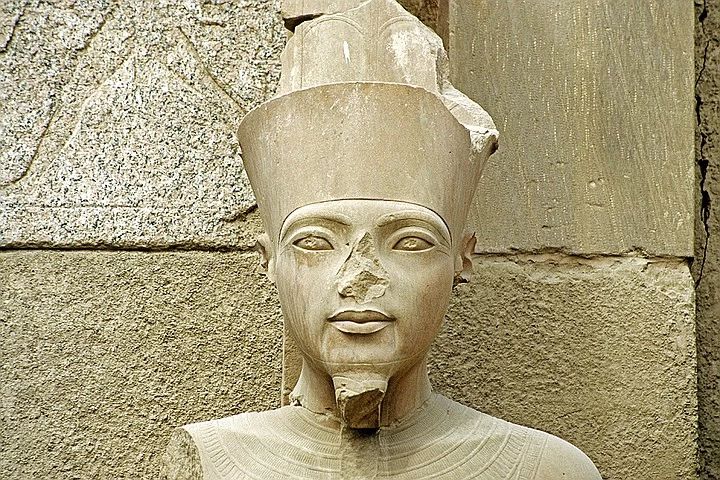 When, at the end of the nineteenth century, archaeologists began to find statues and images of pharaohs in Egypt, they were not particularly surprised that almost all the sculptures had their noses and arms broken off, and their eyes were damaged. The answer seemed obvious to everyone: the ancient finds date back to the 25th century BC, so it is quite logical that they have not been preserved intact for many centuries. In short, everyone blamed time.

But the curators of the Brooklyn Museum exhibition conducted research and delivered their verdict: representatives of one of the oldest and longest-lived civilizations in the world deliberately broke the nose of the statues. After all, there is no important part of the face in the images that were made by the ancient Egyptian masters.

– This was done on purpose, – said the American archaeologist and Egyptologist Edward Bleiberg. – The rulers of different dynasties fought for power, therefore, strife left scars in the literal and figurative sense in every historical period.

Bleiberg has been with the Brooklyn Museum since 1998. He is the curator of the collection of Egyptian and Middle Eastern art.

“The Egyptians attributed supernatural powers to the images of the human body,” the historian explains. – A statue without a nose, i.e. the spirit of a deceased person ceased to breathe, and, therefore, its prototype could not be reborn.

The Egyptians sacredly believed in the afterlife. The rulers who ruled the country were afraid that the deceased pharaoh could even rule the state from the next world. Therefore, they often turned to the iconoclasts, who made changes to the statue – they broke their noses, covered her ears so that she would not hear prayers, cut off her hands so that she could not make and receive offerings.

“At the time, there was a clear belief that injury limited the capabilities of the person being portrayed,” continues the Egyptologist. – Pharaohs severely punished those who modified their image in paintings during their lifetime, but after death they could be made powerless.

According to Bleiberg, who told CNN about his discovery, the iconoclasts were not vandals, because they did not spoil the statue itself, but only made some changes to its appearance. However, a modern person does not understand this, because for us everything that reminds of the Egyptian civilization is considered art. Although the Egyptians themselves, most likely, thought about it the least: for them statues, mummies, sarcophagi and images were only objects of worship.