Why do birds have no teeth? 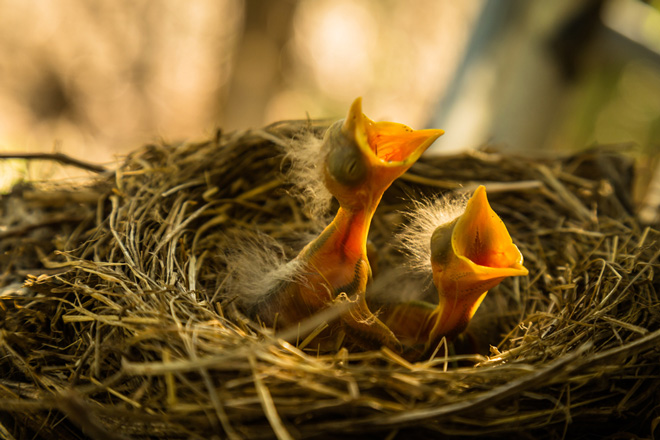 Why did the birds lose their teeth? Maybe to improve flying performance or more effectively cope with food? According to a new study, the birds abandoned their teeth to shorten the incubation period. This conclusion challenges the long-standing scientific views on the evolution of the beak.

If the incubation period for dinosaur eggs was several months, then modern chicks are born in a few days or weeks. This is due to the fact that there is no need to wait until the embryo develops teeth – a process that can take up 60% of the incubation time, say researchers Zu-Rui Yan and Martin Sander from the University of Bonn.

“We believe that the loss of teeth in birds was a side effect of selection for the purpose of rapid growth of embryos and, consequently, shorter incubation,” the authors say.

In previous studies, it was assumed that birds – the living descendants of ancient flying lizards – lost their teeth in order to improve flight. But, according to Jan and Martin, this did not explain why some non-flying dinosaurs acquired similar toothless beaks in the course of independent evolution during the Mesozoic era. According to another version, the beaks are more suitable for the consumption of avian food. However, some dinosaurs with a completely different diet also abandoned their teeth in favor of pointed beaks.

Jan and Sander said that their results are based on last year’s study, which found that the incubation period of eggs of flightless dinosaurs lasts longer than previously thought – from three to six months. The cause was slow formation of teeth. Scientists came to this conclusion by examining the growth lines-almost like tree rings-in the fossilized teeth of two embryos of dinosaurs.

In addition, in the egg, the embryo is more susceptible to external threats, such as predators and natural disasters, and a faster birth increases the chances of survival. Mammals do not have such problems, as embryos are protected inside the mother. A faster incubation could allow early birds and some dinosaurs to lay eggs in open sockets, rather than dig in, as before.

However, the authors admit that their hypothesis does not agree with the toothlessness of turtles, which still have a long incubation period.

The study is published in the journal Biology Letters.