Why do cars still not fly? 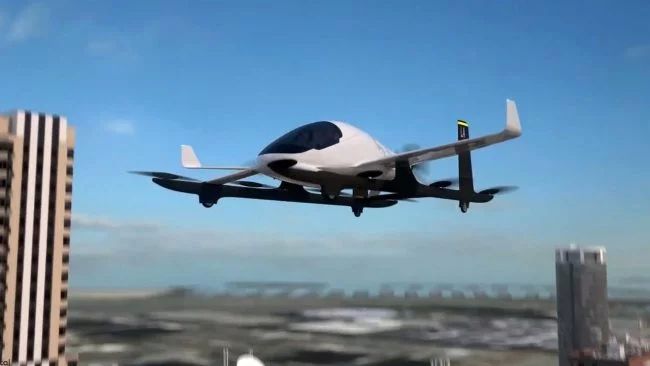 Electric air taxis with vertical take-off will someday plow heaven, but the terms of implementation, which say enthusiasts of this type of transport, to put it mildly, are ambitious. Not so long ago – last month – Uber predicted at the Elevate conference that it would deploy its UberAIR system as early as 2023. How is this even possible? There are no autonomous management systems, no rules for regulating air traffic, no technology, no working systems. What is there to talk about?

There is a problem in the aircraft itself. Uber, the dominant player who tries to bring this industry to life, insists that an e-VTOL electric vehicle is the best option with which nothing compares in efficiency, speed, reliability, safety and quietness . Such transport can not simply take and appear from existing equipment. He will need new engines, flight control and a system of situational awareness.

In fact, this is an opportunity to remake an industry that begins to seem a bit stagnant. “It’s time to rethink aviation,” says Renee Landry, an aviation systems researcher at ETS, Montreal Technical University. “The avionics we are using now is based on a common architecture that was developed during the Second World War. Equipment, for example, is duplicated for redundancy, huge and inefficient cables are used. It would be possible to introduce a lot of innovations here. ” 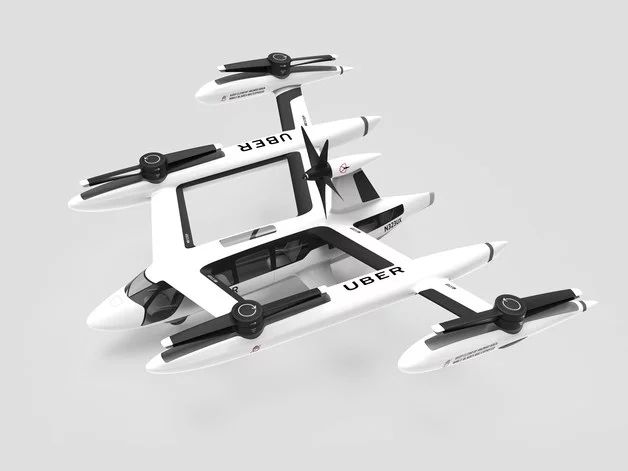 As an example of one such innovation that could change the industry, he notes that the software that was used for flight planning remained in the 20th century because of the appearance of the iPad. “Ten years ago we could say that the iPad is never certified for use in the cab,” he says. “But in six months it was certified and more than 400 enterprises that collected flight systems, closed. They no longer needed – everything could be done on the iPad. ” Of course, flight planning software is only the first problem that a network of flying cars may face.

Task # 1: transfer control of the flight to computers

Our air taxi of tomorrow will perform most of the pilot’s work by themselves, using autonomous, highly automated systems. Uber said that he expects the service of flying taxis to start with pilots, but very soon – in the next few decades – the situation will change in favor of self-governing systems. The systems of autonomous airplanes are currently being developed, but they are not close to really wide approval.

An intermediate step would be simply to make a working product. “The work at NASA has demonstrated the viability of the so-called simplified transport management,” says aerospace engineer Brian Herman, assistant professor at the Georgia Institute of Technology. In this scenario, most systems that either control the flight process, or navigate and communicate, are controlled by a computer, and the pilot generally tells what to do and where to fly. “The pilot can not control 8 or 10 different propellers and be situationally aware to some extent. Therefore, when you click on the toggle switch, the transport should do a lot in the offline mode. ”

Such kind of flights are already within reach, that’s how most drones fly (and also military vehicles). But certified, safe versions for passengers, driven by minimally trained pilots in commercial airspace – which Uber wants so much – are far from being achieved. At least because such systems should function perfectly in inclement weather and in city conditions.

Autopilot systems do not have such a judgment as pilots. “Autonomous systems are very difficult to understand the various scenarios,” says Herman. – Let, for example, you fly on an airplane and see a forest fire in the left window. The pilot-man will immediately understand that flying over him will be a bad idea. But how does one know the autonomous system? We are faced with a “lack of imagination” on the part of the system. ”

Despite the fact that many small aircraft – from double helicopters like Robinson R-22 to any modern airplanes – could form a fleet of flying taxis, Uber and its partners believe that the future is for electricity. First of all, because electric traction is simpler, more reliable and more convenient to operate than internal combustion engines. Although scientists believe that even decades after the breakthrough in the energy density of batteries, which will allow, for example, regional aircraft to fly several hundred kilometers at a time, Herman believes that small flights of air taxis could be realized already with the help of modern technology.

Not so long ago, Uber announced a partnership with Karem, which develops electric aircraft with variable speed rotors. They are able to more efficiently modulate energy consumption from existing batteries and represent one possible solution to this problem. Many experts in the aerospace and technology industry argue that short flights of 20-30 kilometers are possible even with the use of modern battery technology. The main hitch is how to achieve high-speed charging, which will allow you to make fast flights in an urban environment with a constant energy deficit.

Suppose that battery technology will not be a deterrent, but production will certainly be, in part because the operating air taxi system, dependent on economies of scale, will require the launch of thousands of devices as soon as possible. Other industries solved similar production problems, but it happened for a long time. The automotive industry, for example, has demonstrated over the past 20-30 years that modern production methods can significantly reduce the cost of creating even the most sophisticated modern cars. This includes the integration of new high-tech composites and alloys, each of which has unique requirements for the production process. The achievement of comparable numbers in the production of e-VTOL devices – hundreds of thousands per year, as required by Uber – may be unrealistic, but the transfer of existing production techniques from the automotive to the aerospace industry can accelerate the process.

On the other hand, it’s all the same flying machines, not cars. The assembly of light, durable, tested and quiet flying machines from composites, rather than from composite components, is a completely different matter. Collecting aircraft from composite materials like carbon fiber is almost manual labor, because manufacturers need skilled workers who will impose materials, connect elements and then call the body in search of structural voids, air bubbles and other slack that may well be forgivable for a car that It costs four wheels on the ground, so to speak, but it is inadmissible in a flying bean that rushes with people at an altitude of 300 meters.

“I spoke with the producers of the composite, they do not know how to pick up the pace we’re talking about,” Herman points out. It is expensive and difficult; aviation never increased large volumes, because there was simply no demand. The demand for hundreds of thousands of aircraft, of course, may appear once, and the methods of production need to be prepared in advance, but it will be in tens of years, not in years.

There is a noise. Flying taxis will work in the urban environment, which is already heavily regulated regarding the noise of helicopters and the roar of aircraft at airports on the outskirts. If the vertex Uber will witness hundreds of take-offs and landings every hour, the aircraft must be exceptionally quiet.

For small aircraft with vertical lift, the problem will be not only in reducing the decibel, but also in the sound signature – that is, in how the noise mixes (or does not mix) with the background of the city. Uber is studying this issue and claims that reducing the noise by 15 decibels will reduce the noise level to acceptable levels, both in terms of volume and its overall solubility against the background of the city. Also it is worth considering that most of the noise of the urban environment comes from cars, and they will gradually turn into electric vehicles in the coming decades.

Creating a noiseless electric vehicle will require significant innovation, because the machines still have to scroll through the same volumes of air through the blades to take off and land. One approach is to reduce the rotation speed of the rotor blades, as they become louder, approaching supersonic speed. To do this, engineers could add blades to each rotor, reducing the number of revolutions, but retaining the lift. A system of distributed rotors, six or eight small screws, could also help. Sooner or later a solution will be found.

Five years, of course, seem like a little time to overcome these problems – and we do not even touch upon broader economic and legislative issues. How to introduce a flying taxi into the old school commercial aerospace system is also a question. But technologies are developing and when a certain momentum is achieved, the implementation of any projects will be inevitable. Once a flying taxi will become a cultural phenomenon, just as familiar as smartphones or trolleybuses.