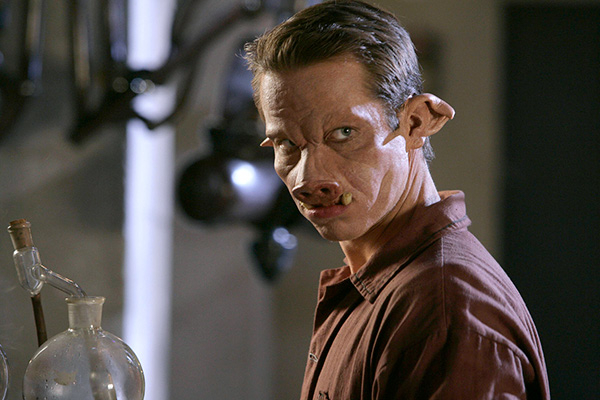 An international group of scientists led by Spaniard Juan Balmont, known for his work in the field of stem cells, were able to create embryos, chimeras of human and pigs, which in the future can be a source of donor organs. Another team of researchers cured of congenital deafness in mice using a virus. Consider the successes of genetic engineering related to medicine.

The creation of genetically modified organisms is not the only thing that can please a mankind genetic engineering. Biotechnology not only allow you to change the genes to improve crop plants and animals, but also to treat previously incurable diseases. Ironically, to do this, scientists use the eternal enemies of human viruses, which, however, are deprived of the opportunity to infect and multiply inside the tissue. Another area which can scare not too well versed in the science of people — the creation of chimeras that combine human cells and other organisms. However, what at first seems sinister, actually can be an easy way of creating donor organs.

Such a Chimera, for example, be an ordinary-looking pig, kidney or lungs which will be suitable for transplant to needy people. Thus will be solved the problem of the queue for an organ transplant, which many patients will die waiting. Those who are afraid of the uprising of mutants, needs to think that the real benefit of this technology is superior to the vague fears of science fiction-pessimists. Given that the experiments oversee the relevant authorities, concerned about ethical issues, we are unlikely to encounter illegally-raised-pigs. 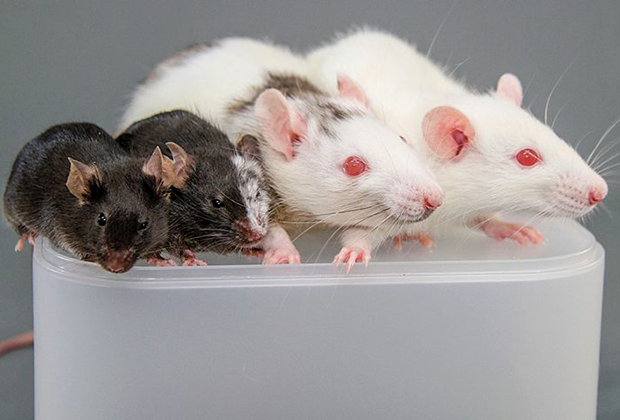 To allay fears, you need to understand what and how scientists create chimeras. Enough knowledge gained in high school. The basic material with which researchers are working — stem cells, which have pluripotency — the ability to turn into other cells (nerve, fat, muscle, etc.). It is from these cells are the embryos at early stages of development. They’re embedded in the embryos of other organisms, then the embryo develops further.

In this way an international group of scientists from USA, Spain and Japan have managed to create a Chimera pig-man, rat, mouse and cow-people. They reported this in an article published in the journal Cell and the first document confirming the successful “chimerization” distant related species.

The main problem is that not enough to make pluripotent cells in the embryo and expect to get something worthwhile. Instead, you can get the body with catastrophic disabilities, including the formation of tumors. You need to turn off genes in the germ-recipients so that they are unable to form a specific tissue. In this case, the stem cells take on the task of growing the missing organ.

First, scientists have injected stem cells of rats in mouse embryos at the blastocyst stage when a fetus is a ball of several dozen cells. This method is called the complementation of the embryo (embryo complementation). The purpose of the experiment was to find out which factors play a leading role in interspecific chimerism. The embryos were transferred into the body of a female mouse, and then evolved into living chimeras, one of whom lived to the age of two.

Genes in the embryos off with a technology called CRISPR/Cas9, which introduces breaks at specific DNA sites. For example, researchers in testing their approach blocked the activity of a gene that plays an important role in the formation of the pancreas. Born mouse resulted died, however, when introducing pluripotent cells of rats into the embryos of the missing organ developed. Also, scientists turned off the gene Nkx2.5, without which embryos suffer from serious malformations of the heart and were underdeveloped. Chimerization helped the embryos to achieve normal growth, but to the living chimaeras and failed. 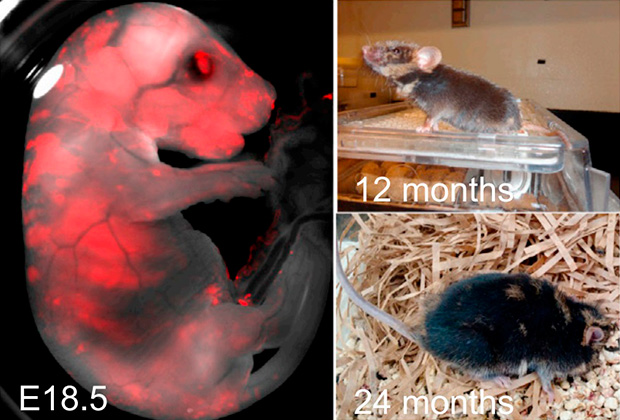 The study received rats mice have shown that different mouse tissues contained different percentages of cells of rats. Interestingly, a gallbladder Chimera was also made up of cells of mice and rats, although the latter does not. This suggests that the embryo was able to unlock epigenetic program made stem cells, whereby the latter participated in the formation of the gallbladder.

Interestingly, when scientists have tried to make the rat cells in the blastocysts of pigs, and then conducted a genetic analysis of a four-week embryos, they found no DNA of rodents. This suggests that not all animals are suitable for chimerization with each other, and the successful grafting of stem cells of some embryos may depend on genetic, morphological, or anatomical factors.

The main goal of scientists was to create a Chimera of human and pig, to see how human tissue will develop inside the embryo of a hoofed animal. They used blastocysts of the pig and using the laser beam did microscopic holes for the subsequent injection of different groups of pluripotent cells that were grown in different conditions. Then the embryos were transplanted into sows, where he successfully developed. Tracking the dynamics of human material was conducted using a fluorescent protein, production of which has been programmed human stem cells. 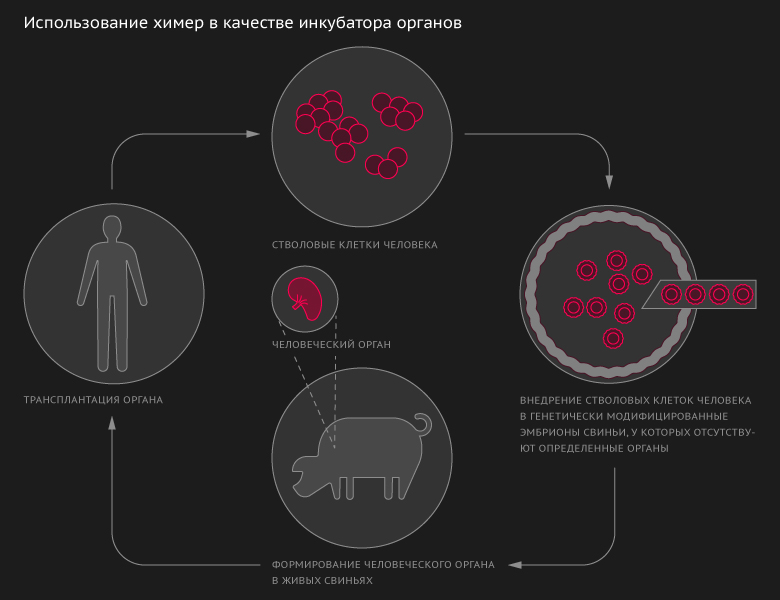 In the end, in the pig embryo was formed of cells, which are precursors of various tissues, including heart, liver and nervous system. Hybrids pigs and humans have allowed to develop within three to four weeks, then destroyed them for ethical reasons.

American scientists from Boston recently was able to restore hearing to mice suffering from a rare genetic disorder of the inner ear functions. For this they used a biological gene delivery system (vector) on the basis of neutralized viruses. The researchers modified AAV virus that infect people but not cause disease.

An infectious agent is able to penetrate into hair cells — receptors of the auditory system and the vestibular apparatus in animals. Biotechnologists have used vector for repair of the defective gene Ush1c in the cells of the newly born live mice. This mutation causes deafness, blindness and balance problems. As a result, animals have better hearing, enabling them to distinguish even the quietest sounds.

Genetic engineering, therefore, is not a way to threaten humanity mutants. This is a constantly improving set of methods and tools to improve the lives and health of people, especially those who badly need it. Because the creation of chimeras and gene therapy is not so simple to implement, and sometimes require ingenious solutions, the development of biotechnology is not as fast as we would like. However, annually published dozens of scientific papers that deepen and enrich our knowledge and skills.