Why do sharks spit out their stomachs? 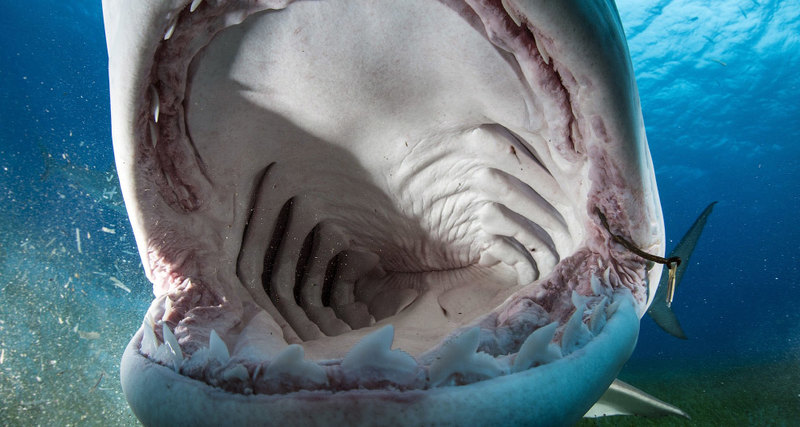 Sharks have the ability, which in the animal world is not so common: they can spit out their stomach, and then pull it into place. Why are they doing this?

Movable stomach – so much that it can move painlessly through the body and even fall out – is typical only for several representatives of the animal world. For example, holothuria (Latin Holothuroidea) in case of danger spew out their stomach and other internal organs through the anus. This is done in the direction of the enemy: while he is coping with a toxic barrier, holothuria has time to leave the scene, and the organs then grow back. This phenomenon is called gastric eversion, and it also occurs in several species of sharks: the Caribbean reef, lemon, tiger and some others.

They have an eversion of the stomach occurs in case of stress and, if necessary, get rid of food, which in fact is not worth eating. Most sharks are voracious, but they can not digest everything they eat. Sometimes the most effective way to cleanse the stomach of objects such as shells of turtles, bones or bird feathers, becomes its complete spitting together with all the contents. Because this mechanism is conceived by nature – most often after this procedure, the shark draws the stomach back.

However, a marine biologist from Florida, Austin Gallagher, several times helped predatory fish to return the stomach to the place: apparently, they could not cope with the task themselves due to stress. Another reason why sharks undergoes stomach overflow is the need to cleanse it of excess mucus and parasites. And, finally, being in a problem situation – for example, entangled in networks, a shark also spits out food (with or without a stomach) – not only because of stress, but also because of the need to escape lightly from a dangerous place.